Creativity can exist without intelligence 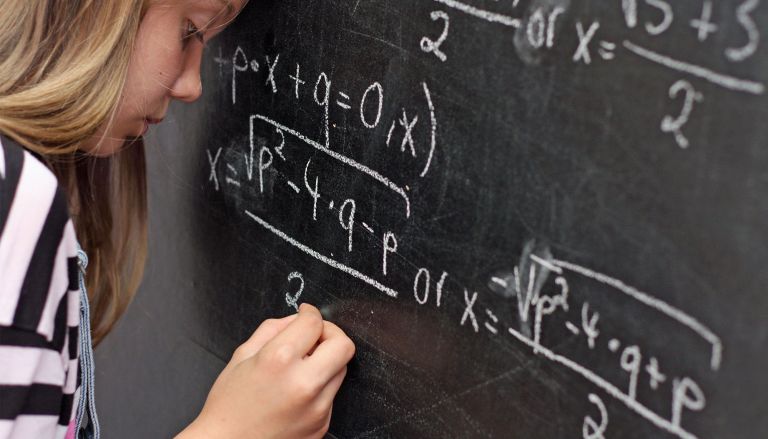 Everyone has it, more or less: intelligence. But even intelligent researchers find it difficult: What exactly does the term “intelligence” actually mean?

Intelligence is the general ability to process information efficiently. A really precise and at the same time concise definition does not exist - apart perhaps from the definition by the US psychologist Edwin Boring from 1923: "Intelligence is what an intelligence test measures." The problem of definition is, of course, shifted to the test.

Intelligence as a "construct"

The term “construct” stands for a variable that cannot be directly observed, but has to be derived (“constructed”) from other measurable variables. Typical examples of constructs are personality traits such as intelligence: First of all, only the answers to certain questions or the number of points achieved when solving certain tasks can be measured. If they are available from a large number of people, the mathematical-statistical method of factor analysis can then be applied to such measured values. The aim is to find out the underlying “factors” (also: “latent variables”) that the people describe from the multitude of measured values. With regard to intelligence tests, Charles Spearman found out as early as the 1920s that the performance of a test participant in tasks of different types and from different areas (linguistic, mathematical, spatial-visual skills) for the most part is based on a single variable, the "general factor" , can be derived - precisely the individual intelligence, which as a construct unites the various associated aspects.

As is so often the case with abstract terms: when we hear or read the word “intelligence”, we know what is meant. We can also relatively reliably identify people or actions that are clever as intelligent. However, if we are to give a definition, it will be difficult. Perhaps we can think of terms with more or less similar meanings. But to get to the point briefly and precisely what it means to be intelligent: That is difficult for us.

Actually already. But there is a problem: Terms such as stupidity or intelligence are “very concise and have a vague edge”, as the biologist and psychologist Ernst Pöppel put it in an interview at the beginning of 2014: Everyone knows what we are talking about, but an exact definition is impossible. The same difficulty is expressed when intelligence is described as a “collective term” for various aspects of cognitive performance or as a “construct” (see Key points in brief).

In order to come up with a catchy formula anyway, the US psychologist Edwin Boring came up with the following definition in 1923: “Intelligence is what an intelligence test measures.” That sounds less like a substantial definition than more like a circle definition or an excuse. But for the Marburg intelligence researcher Detlef Rost, Boring's definition makes perfect sense: The term is thus “fairly well defined”, writes Rost in his “Handbuch Intelligence” - provided you specify which intelligence test you mean.

Boring's definition shifts the problem from an abstract term to a concrete measuring process, which experts call "operationalization". This can be helpful in that, based on our intuitive prior understanding of intelligence, one can indeed design intelligence tests. However, the definition is only really meaningful for those who have dealt in detail with the concept and requirements of intelligence tests, as they were originally developed over 100 years ago (more on this in Intelligence in Numbers). And even then it remains difficult: after all, studies have shown, for example, a training effect. This leads to the fact that one scores better and better in repeated IQ tests. Nobody would say that you have actually become more intelligent.

That is why there are many more attempts at definition in the history of intelligence research. The German psychologist William Stern wrote in 1912: “Intelligence is the ability of the individual to consciously adjust his thinking to new demands; it is the general mental adaptability to new tasks and conditions in life. ”The Austrian social psychologist Peter Hofstätter called intelligence in 1966 the“ ability to find order ”and“ ability to find redundancy ”in the world. And the American educational psychologist Linda Gottfredson wrote in 1994 - in an attempt signed by more than 50 specialist colleagues to summarize the scientific consensus (see for further reading): “Intelligence is a very general mental capacity, which - among other things - is the ability to draw conclusions Thinking, for planning, for problem solving, for abstract thinking, for understanding complex ideas, for fast learning and for learning from experience. "

As different as the definitions sound, they all have one thing in common: Intelligence has to do with the fact that a person processes information efficiently, adapts flexibly to new intellectual requirements and thus copes with upcoming tasks comparatively well and quickly.

Everyone (and some animals) has intelligence, but to a different extent: If you compare the intelligence quotients (IQ) of many people, the distribution corresponds to a bell curve or normal distribution. The majority are normally intelligent with an IQ around 100; only a few deviate significantly up or down, such as the highly gifted with an IQ over 130. After all, one in 50 people is among them. Just as many, on the other hand, have an IQ below 70; here one speaks of intellectual disability.

Why people are so differently intelligent has often been hotly debated in the past. From a scientific point of view, this question has now been clarified, at least roughly: Both genes and various influences on adolescents (such as diet) play a decisive role in the development of intelligence. What makes us smart is all about which factors are involved and how.

Nor should one equate intelligence with creativity, but rather see how these two are related: According to one thesis - which, however, has not been clearly proven empirically - creativity presupposes intelligence, but it is not the same: intelligent people can definitely be uncreative. After all, talent is also related, but not congruent with intelligence: You can be talented in various areas such as sports, art, music - above-average intelligence could be understood as being able to cope with cognitive challenges particularly well.

Intelligence - an important resource for society

From the point of view of most scientists, intelligence is a largely uniform whole: it is expressed in different areas, for example in linguistic abilities, in mathematical thinking or in the visual-spatial imagination. Nevertheless, as empirical studies have shown time and again, it is for the most part a single cognitive parameter that underlies all of this. Intelligence researchers refer to this variable as “general factor”, or g for short - it is what is expressed in the IQ. Whether and how it can be that this general factor has such a decisive impact on many different cognitive abilities: This question is addressed by a large number of competing structural models of intelligence, which are discussed in more detail in Inflation of intelligences. The fact that there is essentially one and not many different intelligences is supported by the findings of brain researchers, who locate intelligence mainly in the frontal and parietal lobes. The anatomy of intelligence.

But why does one even go to so much effort to record intelligence scientifically as precisely as possible - so much effort has already been made that Detlef Rost, already quoted at the beginning, calls intelligence the “best researched characteristic of psychology”? This is likely to be related to the fact that there is hardly any more important personality trait when it comes to success in life: the IQ can predict school, professional and general life success better than any other personality trait - at least if you consider the broad cross-section of the population considered and not just selected subgroups. On the other hand, this does not mean that there cannot be individual exceptions to the rule. As Elsbeth Stern and Aljoscha Neubauer in the book “Intelligence. Big differences and their consequences ”write, intelligence alone is not a sure-fire success:“ Achievement motivation, self-discipline and interest ”should be added.

Intelligence is more of a "start-up capital". However, according to Stern and Neubauer, this does not only have consequences for the individual. Even a community as a whole - keyword knowledge society - depends on many intellectually capable people. At the same time, society has a duty, as Elsbeth Stern explains in the audio interview: Even if intelligence is an individual resource, it can only develop in a community.