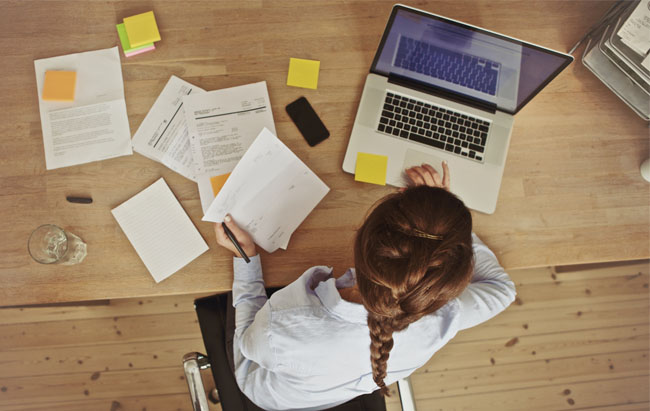 Salaries in the IT industry are wide apart. Depending on the specialist area, position and training, the range varies between several thousand euros per year.

Peter König * actually comes from Carinthia. He went to Vienna to study computer science. He completed three semesters at the Technical University with quite good success, then came financial temptations: "I took a job as a software developer in an internet agency, initially on an hourly basis. That was the ideal sideline for a student and paid quite well. "

Degree or no degree?

Over time, however, Peter König's role in the company became increasingly important. An attractive job offer meant that he gave up his studies after about five semesters and began programming for the agency all day. That was three years ago.

Today Peter König earns "around 35,000 euros a year" and, according to his own statements, is satisfied with his decision. "If I had finished my studies, I wouldn't earn more either," he says, citing a colleague with a computer science degree as supposedly serious evidence of this.

Peter König may be right when it comes to very small businesses; his internet agency has six permanent employees and a handful of freelancers. Overall, however, the programmer is wrong, because a well-founded training with a degree is very financially worthwhile in the IT industry.

How much one earns in the IT industry emerges from a salary study by the management consultancy Kienbaum. The numbers: University graduates with a major in computer science can expect an average starting salary of 35,300 euros per year with a master’s degree or an equivalent diploma.

Large salary differences depending on the area of ​​responsibility

Masters or Magisters in the same subject from universities of applied sciences earn an average of 34,700 euros in their first year of service. Anyone who plunges into the world of work with a bachelor's degree in computer science can still expect an average of 33,200 euros. These figures refer to gross annual salaries excluding the employer's social security contribution. They were recorded for the "Executives in Austria" study, as Maria Smid from the Kienbaum office in Vienna explains.

When it comes to salaries in the IT industry, average values ​​can often be misleading, adds Smid. "There are big differences in salaries depending on the area of ​​responsibility. Due to the high demand, SAP specialists are in the top field, followed by Java programmers." In any case, the collective agreement does not get you very far in the IT industry. Actual salaries are almost always well above the minimum standards set by the KV.

However, this mainly affects experienced employees, the starting salaries are still relatively uniform: "Typically, IT specialists pursue an expert career. Management careers also come up, but then mostly in the IT area, for example as the head of the relevant department. They are rarely as managing directors active." Specialists with more than five years of professional experience would typically earn around 45,000 to 70,000 euros gross per year.

But this statistic should also be treated with caution: the higher income categories practically only consider large companies. Peter Koenig's small internet agency will of course never have the need for an IT department head, so his prospects for advancement or higher salaries are accordingly limited.

In large companies, on the other hand, IT specialists find much more development opportunities and are usually better paid. But then almost always the IT department head is over. Maria Smid also sees a "glass ceiling" achieved with many IT specialists after about seven years in the job.

It is worth taking a look at the collective agreement

Maria Smid points out that the higher you rise in the hierarchy the fewer and fewer jobs you have. This applies to IT specialists, who often have to travel relatively rigidly on the "expert track" even more than to other employees. This escaped Peter König, because apart from the owner of the small agency there are no real executives in his company.

By the way, IT specialists can determine the relevant collective agreement (KV) via the private employees' union (GPA-djp) and can also get advice on this. After one or two years in the job at the latest, however, the scarce supply of IT specialists and the relatively high demand should drive the salary noticeably beyond the progression provided for in the "KV".

* Name changed by the editor