What should I do about ill-adjusted daydreaming?

For a long time it was demonized as a useless waste of time - but in recent years psychologists and neuroscientists have at least partially rehabilitated daydreaming. Letting our thoughts wander therefore not only corresponds to the natural functioning of the brain, but also gives us creative ideas. According to a study by two Israeli researchers, however, some people indulge in this activity so excessively that they feel affected by it.

The psychologist Nirit Soffer-Dudek from the Ben Gurion University in Be'er Scheva and her colleague Eli Somer from the University of Haifa describe this condition as "maladaptive", i.e. mismatched daydreaming. For their study, they examined with 77 people for the first time to a significant extent people who, according to their own statements, suffer from the fact that their thoughts wander too often and for too long. 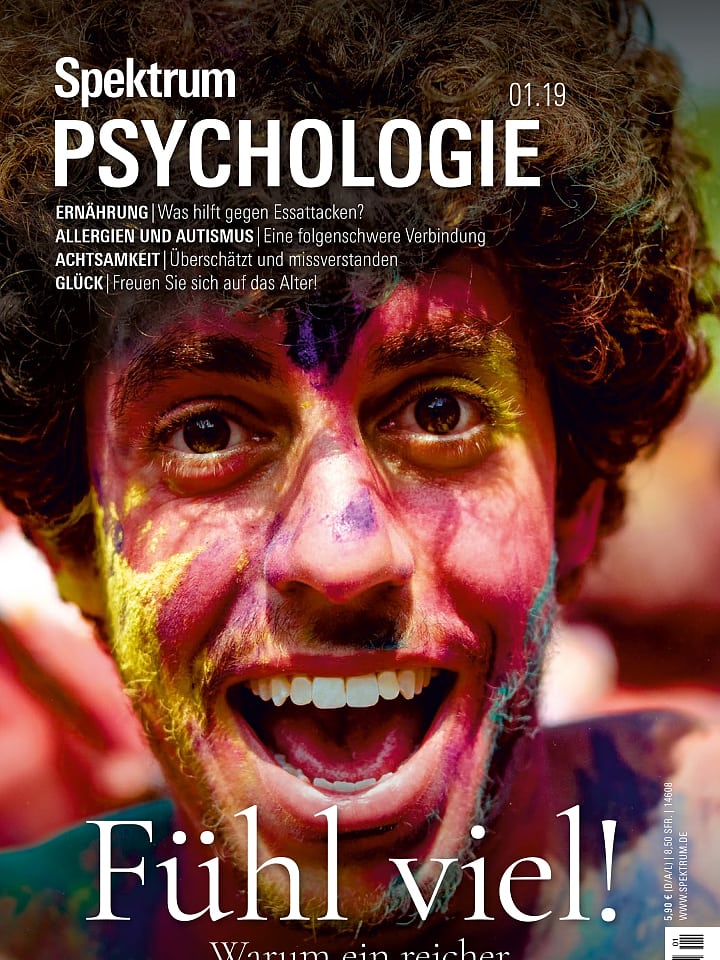 This article is contained in Spectrum Psychology, 1/2019 (January / February)

The participants, who they recruited via online self-help forums, came from 26 (mainly English-speaking) countries. Two-thirds of them had previously received psychotherapy, most commonly for depression, anxiety disorders, post-traumatic disorders, and attention-deficit hyperactivity disorder. A quarter of the subjects had already attempted suicide and almost half were unemployed.

The subjects were asked to record every evening over a period of 14 days how long they had occupied themselves with their fantasies during the day and what other psychological symptoms they had observed. On average, they indulged in their thoughts for four hours a day at the expense of more productive activities. The longer and the more intense the daydreams, the more stressful they were felt and the more depressive feelings the respondents noticed on the corresponding day. The strongest association, however, was with symptoms of obsessive-compulsive disorder such as frequent checking. These also often preceded a day of particularly intense wandering of the mind.

Mismatched daydreaming is clearly stressful for those affected, conclude Soffer-Dudek and Somer, and is most likely to resemble obsessive-compulsive thoughts. This corresponds to the experience of many affected people that they can hardly defend themselves against slipping into fantasy - even if they neglect important activities in everyday life as a result. Since only five of the subjects examined had already been diagnosed with obsessive-compulsive disorder, excessive daydreaming could not simply be seen as a sub-form of this disease. However, both ailments may be based on similar mechanisms.