Walmart is taken over

Marc Lore, who joined Walmart as head of digital with the sale of Jet.com to Walmart four years ago, will leave the US retail group on January 31st. He will be succeeded by the President and CEO of Walmart's US division, John Furner.

Walmart acquired the retail platform Jet.com, founded by Lore in 2014, for $ 3.3 billion in 2016 and integrated it into its in-house digital business in 2019. In this context, the remaining independent Jet.com teams for retail, marketing, technology, analytics and product were merged with the corresponding departments of the digital division of Walmart in June 2019.

In August 2019, the position of Jet.com President Simon Belsham became obsolete. "The teams create synergies and Jet.com will be set up even more concentrated," explained Marc Lore at the time. Therefore, we don't necessarily need an individual leader. " Now he is also laying down the scepter at the end of January.

As of February, all US operations, including all aspects of e-commerce, will be managed by John Furner, President and CEO of Walmart USA. Casey Carl, Vice President and Chief Omnichannel Strategy and Operations Officer, will head the E-Commerce and Digital divisions under Furner. Lore will continue to advise the group until September. 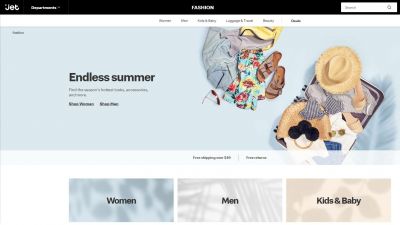 US online retailer is completely merged into parent company

Walmart completes integration of online retailer Jet.com, acquired in 2014. The remaining independent Jet.com teams will be merged with the corresponding departments of Walmart's digital division.
According to US press reports, Lore, who has already founded various start-ups in the past, including Quidsi, the parent company of Diapers.com, which was taken over by Amazon in 2010, wants to work more closely with start-ups again after leaving Walmart.

With Lore, the second top manager from e-commerce is leaving the retail giant. In April 2020, Walmart's COO of US e-commerce, Jamie Iannone, moved to Ebay as CEO.

In the industry, Lore is considered a brilliant but not always easy manager who aggressively pushed the digital development at Walmart and initiated the takeover of various online retailers such as Bonobos and Modcloth.

But not all acquisitions have paid off. Walmart has sold Modcloth.com, Shoes.com and BareNecessities.com again in the past two years. There were massive cuts in bonobos. 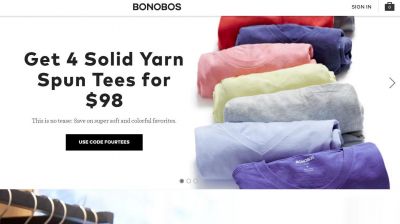 U-turn: For years, Walmart has invested heavily in the expansion of the digital fashion business, primarily through investments and acquisitions. Now the world's largest retailer is apparently reducing its e-fashion commitment piece by piece.
<?