FIFA is richer than Hollywood

Will Smith is featured on the official World Cup song and it looks like the Fresh Prince is about to start his comeback as a rapper. Four reasons why this is an absolute nightmare for any true music lover. 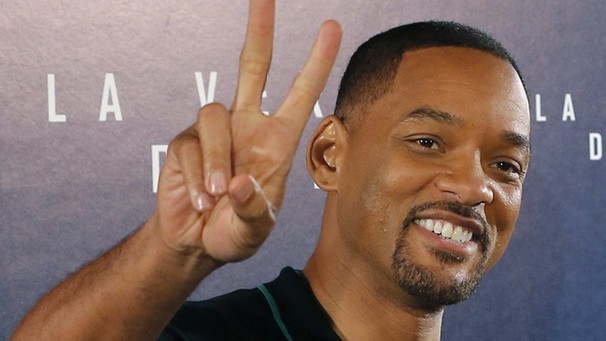 What should really give you pause, however, is the fact that in addition to Diplo, Nicky Jam and Era Istrefi, Will Smith is also involved with two stanzas. Will Smith was very, very early on, a successful rapper, then he was a successful rapper for a long time and also the most successful actor in this solar system, recently Will Smith has only been a relatively successful actor and he has not rapped at all. But now everything indicates that Will Smith is planning his comeback as a rapper. And that's very bad news. The time has come to take off those pink nineties nostalgic glasses and see why a rapping Will Smith in 2018 is a terrible nightmare for any true music lover.

Will Smith is the most inauthentic rapper in the world

The most important currency in rap? Some say: flows, skills, styles, rhymes or bars. Sure, why not? Drug consumption, branded sneakers and Instagram followers are also becoming more and more important these days, all well and good. But in the end it still counts, quite clearly: the authenticity. The Realness! And in this area, the Fresh Prince has been proven to be a total failure.

In the run-up to the 2013 Champions League Final, Will Smith agreed to take a penalty as part of a celebrity event. The result can be marveled at in a YouTube video that is aptly titled "WILL SMITH with the WORST PENALTY of ALL TIME".

Even my grandma takes a better penalty than Will Smith, and my grandma is dead. That penalty shot so badly that it would not have surprised anyone if the ball committed suicide out of shame. Against this penalty, Diana Ross’s legendary bad penalty from the opening ceremony of the 1994 World Cup is a breathtaking artistic shot. Even Loris Karius would have saved this penalty. Anyone who shoots such a penalty has obviously not only never kicked a ball in their life, they apparently also have so little knowledge of football that they have not understood one of the basic rules of this game. They say: "The round belongs in the square", not: "The round is there to slide awkwardly over it like a fawn weighing 80 kilos on the ice."

Can someone who shoots such a penalty really rap on a football World Cup song about football and then look in the mirror? Only if he's the most inauthentic rapper in the world. Evidence completed.

Will Smith has always been the toothless goiter on hip hop

1988 appeared "He’s the DJ, I'm the rapper ", the second studio album by DJ Jazzy Jeff & The Fresh Prince (aka Will Smith). "Parents Just Don't Understand ", the second single from the album, received the very first Rap Grammy a year later.

Just for the historical context - 1988 are among other things too"It Takes a Nation of Millions to Hold Us Back" by Public Enemy, "Straight Outta Compton " by N.W.A., "Follow the Leader " by Eric B & Rakim, "Long Live The Kane " from Big Daddy Kane or "Strictly Business " published by EPMD. Great albums, aesthetically challenging, controversial, groundbreaking to this day and full of songs that more than deserved to receive the first rap Grammy in history. "Parents Just Don't Understand " however, is a harmless, funny song about parents being strict sometimes. Now one might say: what can Will Smith do for the fact that the Grammy jury preferred family-friendly, harmless hip-hop? But that's the point: Throughout his entire musical career, the Fresh Prince has presented a horribly softened and toothless version of hip-hop, in which even the last white conservative himself funky and jiggy was allowed to feel - and in return Will Smith could boast of the money and awards that the establishment thankfully threw after him.

Even that would not be reprehensible if Smith had not at some point derived a sense of moral superiority from it. But when he received an MTV Video Music Award in 1999 for his video for "Miami", Will Smith - at that time already an enormously successful blockbuster actor - dared to say the following in his acceptance speech: "I never killed anyone in none of my records. I never used no profanity in none of my records and I still managed to get up here. " Congratulations! The only correct answer came from Eminem a year later in his song "The Real Slim Shady ": "Will Smith don’t gotta cuss in his raps to sell records / Well I Do / So fuck him and fuck you, too!"

Will Smith's musical comeback began with this song

As disgustingly soft as Will Smith's music has always been, it was catchy. "Summertime ", "Miami", "Gettin Jiggy With It "yes even "Wild Wild West " - these are nice songs, which in their utter insignificance and nerdiness can at least be heard painlessly. The musical comeback of Will Smith, however, began in 2017 with this song here:

To say that this song is painless to hear is like saying that Will Smith can kick a football painlessly. Not correct.

If Will Smith ever knew what swag was - he forgot!

In addition to the official World Cup song, a video was released a few days ago showing Will Smith in the music studio. Then he talks about how "excited" and "re-energized" he feels, "creating wildly" is the motto, and he has found his "beast" again. As if he wanted to immediately confirm the bad fears that arise with this Geseier, he then raps a song. It starts with the line "20 years of Swag y'all just witness", in the middle part it is mainly about how much money Will Smith has made with his films and that he and his wife are still happily married despite rumors of divorce, and ends with swagger about how much money their children are now earning. The discreetly gray Will Smith wears a navy blue polo shirt with white stripes. This is not "Swag", this is "Dad" - "Stinky Hollywood dad in his early 50s in a crisis of meaning", to be precise.

People like to say that rap is the mouthpiece of the minority, and in fact more and more minorities have discovered hip hop as a form of expression in recent years. There are physically handicapped rappers, there are lesbians, gays and transgender people on the mic, there are rappers of all ethnicities and religions from all corners of the world. That is great and most of them have exciting and valuable things to tell, but - also at the risk of leaving the path of political correctness here: Filthy rich Hollywood dads in their early 50s in the crisis of meaning, that is a minority that nobody does , really nobody in rap needs. So much exclusivity has to be there.