The Twitter President: This is how Donald Trump presents himself on social media

The last US election campaign was the first of its kind in which social media played such a prominent role. So it is only logical to create a full social media profile for the new president after his inauguration. Since then, he has had his own Snapchat profile in addition to Instagram accounts. Social media have apparently finally established themselves as a means of political communication.

As one of his first acts, the new President of the United States signed an order to repeal the statutory health insurance introduced by Obama without any alternative. In addition, content about climate protection, LGBTQ or civil rights disappeared from the White House website immediately after taking office. However, before Trump could take over the Obama administration's social channels and redesign them at will, the Twitter account was renamed from @POTUS to @ POTUS44 and thus preserved for posterity.

After the inauguration, Trump's social media team went straight to setting up his social accounts, if they did not already exist. You can now follow the new president on the following channels - you can look forward to the content on Snapchat in particular. Because these can hardly be set and should underline his spontaneity even further through further impulse-driven posts.

While Obama's presidential account has been inactive since January 20th, there is a new @POTUS, which is specially intended for the current president. To be on the safe side, it is not Trump himself who tweets, but Dan Scavino, Director of Social Media at the White House. The person Donald Trump can be put in a corresponding light by the use of the account by third parties. The account generated 7.2 million followers on day one, but not every user followed voluntarily. Due to a bug in the Twitter software, the new POTUS was suddenly followed by accounts that had not previously followed Obama privately, his presidential account or his successor. Meanwhile, Trump's presidential account has far more followers: 14.3 million people follow him on Twitter alone. 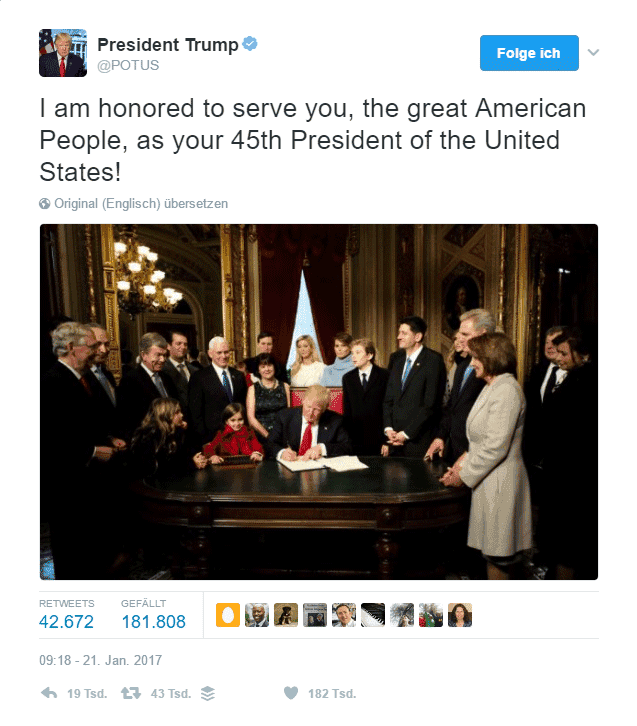 Trump can still let off steam on Twitter under his private account, @realDonaldTrump and he likes to do that. 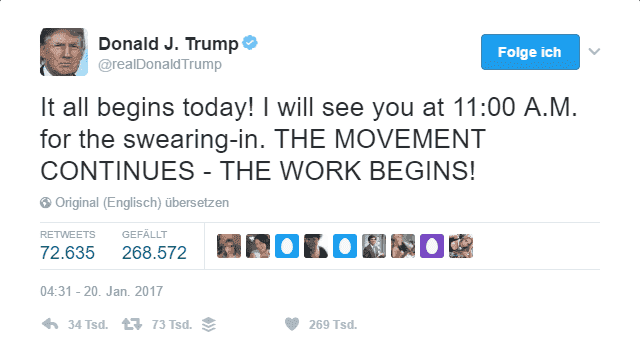 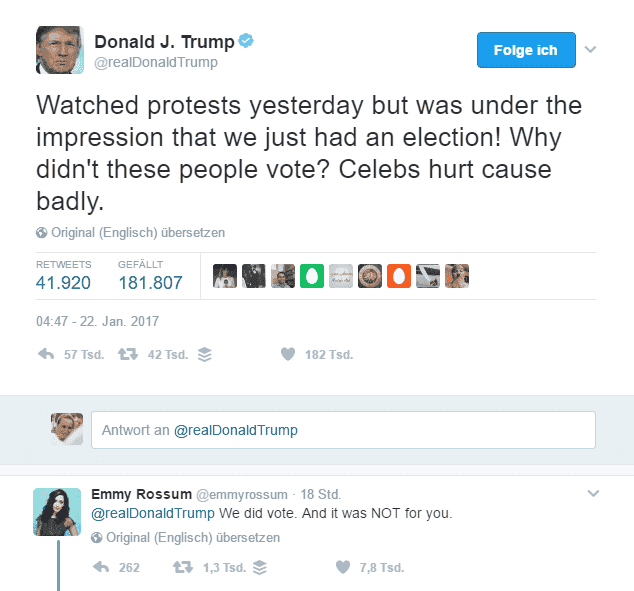 By the way: Melania Trump is now also tweeting as President's wife. You can find the new first lady at @FLOTUS. She has already sent a tweet. It will be interesting to see how things will continue on the platform with the otherwise taciturn Melania, who apparently has not really been able to identify with her new role so far.

In the course of his inauguration, not only was the name exchanged on Twitter (from President Obama to President Trump), but of course the pictures of the account as well. The profile of the new president is now adorned with the Trump avatar and a header from the Red Room of the White House that shows him with his family and part of his government staff.

Trump's appearance on Twitter depicts him in the closest circle of his confidants and focuses on him. Meanwhile, the message from ex-President Obama goes in a different direction.

Although his person is also centered, the reception is different: Obama does not present himself as a president holding a separate position, but as a person of the people.

As currently the most popular app among 18 to 24 year olds, Snapchat can also be found in the Potus repertoire. As with his private Twitter account, Trump can be found on Snapchat under “realdonaldtrump”. On the day he was sworn in, pictures and videos were sent from the account. And during the election campaign, Trump's team bought a sponsored lens for election day.

Donald Trump currently has 18.6 million followers and just over 19 million subscribers on Facebook. Understandably, he does not leave this channel unused. Several times a day, insights into the work as president are given and photos, videos and excerpts from his speeches are posted. 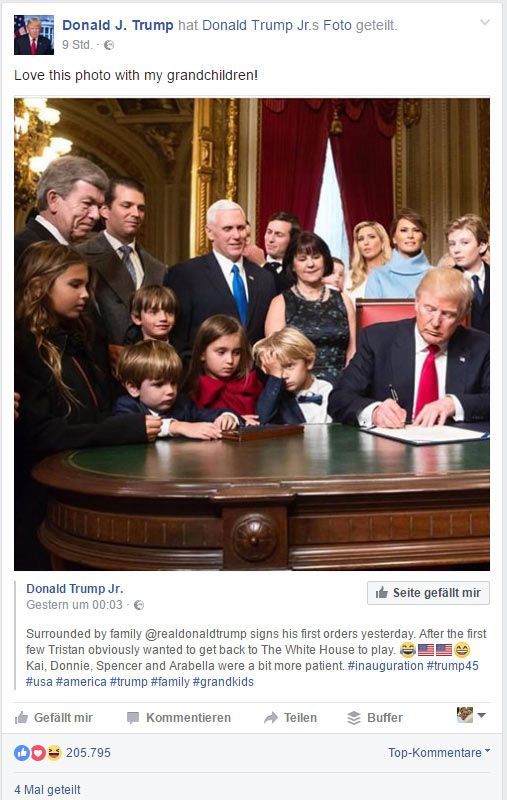 Instagram is also a must in the White House's social marketing mix. The old pictures from Obama's reign have meanwhile been archived, so that the account currently only has five pictures. The engagement could be a little higher.

Not only the White House has an account for Trump's official activities. Trump himself also has a highly official presence on Instagram. He has been posting here for a longer period of time and currently has 5.1 million followers.

Stiff with a view of a little more personality

So far, the appearances of the new President and the White House still seem a bit stiff. We will only see over time in which direction his social media activities are developing and whether they can be given a little more personality. In any case, Trump will continue to express his politics in 140 characters on Twitter, as he has already announced. If you want to get an impression of how Trump would tweet, if he were a real statesman, you should take a look at the Twitter account PresidentialTrump. 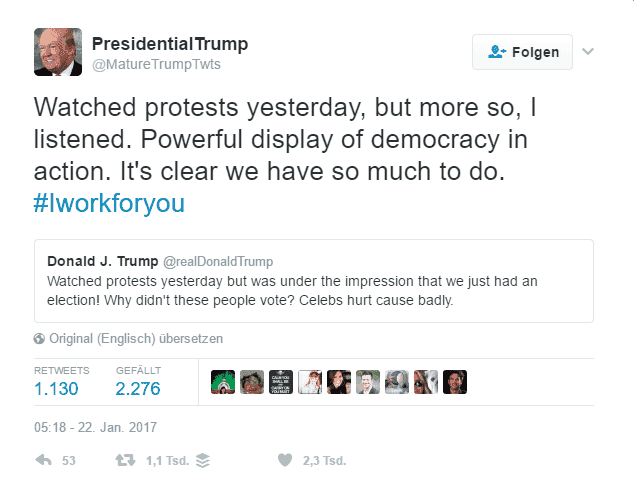 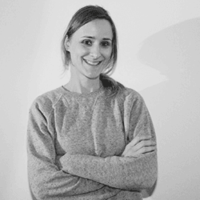 Studied social science with a penchant for online and marketing. Was editor and content manager at OnlineMarketing.de from 2014 to 2019.