Censorship Act passed: Is the free internet over?

Today, in second and third reading, the Bundestag passed the law to make it difficult to access child pornographic content in communication networks (PDF) with the votes of the CDU / CSU and SPD coalition. The opposition voted against. This legislative proposal angered the broad mass of Internet users like no other. Resistance quickly arose. It is not at all suitable for an effective fight against child pornography. Instead, it paves the way for general internet censorship. The text of the law comes from the pen of Federal Family Minister Ursula von der Leyen (CDU). The bill earned her the nickname Zensursula.

134,014 citizens signed an online petition started by Franziska Heine against the proposed law. Never before have more people joined an online petition. The stated goal of stopping the legislative proposal could not be achieved. Although 50,000 signatures are enough for the Petitions Committee to deal with the subject in public session, at which the applicant has the opportunity to present her concern, the mills of the Bundestag bureaucracy grind slowly enough that the date for the hearing does not take place until after the summer break . The law has now been passed with few substantial and half-hearted changes after some critical voices reported from the coalition partner SPD, apparently shaken by the great media coverage of the petition and numerous censorship debates on the Internet.

If you take a closer look at the law, you will quickly find that it is actually very unsuitable for combating child pornography. The bans are so easy to bypass that it can hardly prevent a child pornography user from gaining access anyway. Only those who do not want to see it are kept away from child pornography. With such an obvious ineffectiveness of the law, it is hardly surprising if critics suspect that the parliamentary groups of the CDU and SPD are pursuing completely different goals than the fight against child pornography, because it obliges the providers to set up a censorship infrastructure.

In terms of its stated purpose, the law is about as effective as one that grants impunity to any bank robber who puts on a mask during a robbery. The law of the federal government obliges all providers with more than 10,000 customers to download a blacklist from the BKA. There domains are recorded to which the providers have to "make access more difficult". A more difficult access within the meaning of the law means that at least DNS blocks are set up. 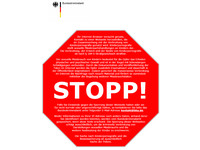 Image 1: Internet censorship by the BKA. DNS spoofing directs the user to this page.

These DNS blocks mean that the DNS servers of the providers concerned have to supply fake information. Instead of the IP address of the actual server in the network, the user receives one that directs him to a "stop page". Apart from a large stop sign, the user does not see anything.