South Africa: From the Ashes of Apartheid

The new flag of South Africa was hoisted 25 years ago. The colorful flag is still symbolic of the moment of departure, when South Africa's President Frederik Willem de Klerk and freedom fighter Nelson Mandela agreed to end the apartheid system of rule.

The April 27, 1994 election was the first democratic election in South Africa in which all South Africans, entered on a joint electoral roll, could vote. It marked the end of a long and hard struggle for freedom and against the separation of the white and black populations. As president, Nelson Mandela made it his goal to reconcile the white minority and the black majority in the country. The turn to democracy was celebrated around the world.

After the departure: little progress

25 years later, the euphoria has subsided. From high unemployment and crime to problems in education, South Africa is fighting politically and economically on several fronts. "Mandela had a very romantic dream of a nation where everyone is equal, where people have access to their basic economic, social and cultural human rights," said Shenilla Mohamed, managing director of Amnesty International South Africa, in an interview with DW. 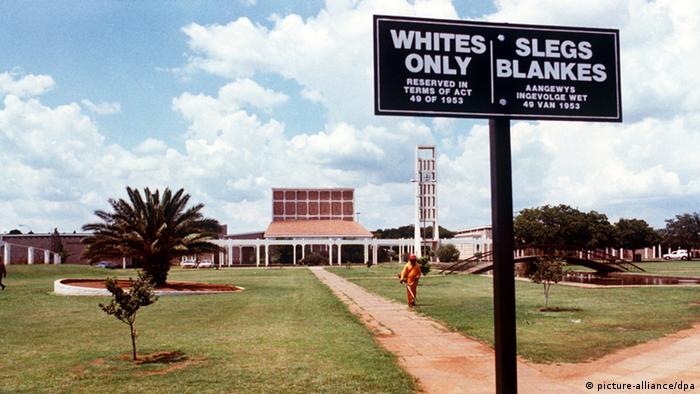 Before 1994, blacks in many areas only had access as employees

"But South Africa is a country where the quality of life for the majority of the population has not improved in 25 years. Issues such as racism remain in the foreground because people feel they have been disappointed by a system that they had in 1994 has promised everything possible with independence. "

The country is shaken by corruption within the government. Political analyst Nickson Katembo told DW that billions of South African rand would be skimmed off by government officials for private purposes. On the index on the perception of corruption, which the non-governmental organization Transparency International publishes annually, South Africa currently ranks 73rd out of 180. But the biggest obstacle is still poverty in the country, said Katembo. One in four South Africans is unemployed, and it is estimated that the number of homeless is around 200,000. Access to the health system and the supply of electricity are still not guaranteed for everyone, said Katembo.

The reason lies in the persistent inequality between rich and poor, black and white. "There is a gap between the haves and the non-haves. Around 20 percent of the population hold the South African economy in their hands, while a majority of 79 percent still live below the poverty line. This poses a challenge to the distribution of resources within the country Economy. And the biggest challenge for the government here is to guarantee economic justice to the majority of the people in this country. " 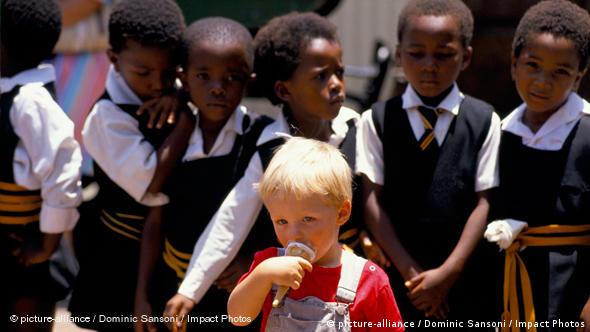 Inequality between black and white, rich and poor: still an issue in South Africa

Economic divide after the apartheid era

According to the latest Gini index from the World Bank, South Africa, at 63.3%, is one of the countries with the greatest income gap. "There is a sharp rise in inequality between black and white, but also within the black population itself," emphasizes Thembinkosi Dlamini from Oxfam South Africa, a non-governmental organization that specializes in inequality. "There is a new black elite," says Dlamini. The "Black Economic Empowerment Act", a law that was supposed to give previously disadvantaged citizens equal economic opportunities, created new inequalities. "At that time there was hardly any investment in infrastructure that would have enabled the black population to participate in the South African economy. 25 years after the end of apartheid, there has been very limited progress," said Dlamini.

According to analyst Katembo, the situation at that time is even worsened today. "Statistics show that those who were in good shape during apartheid became even richer under democratic governments, and the poor got even poorer," said Katembo. "One can say: the white population still has the upper hand in all branches of the economy." According to Statistics South Africa, the white population still holds many of the leading positions in the public and private sectors. "As a result, the economic divide persists even after the apartheid era," said Katembo.

"Some say Mandela's idea of ​​a rainbow nation is a pipe dream," says Katembo. "The division between people, between black and white, persists. You can tell from the rhetoric that even political leaders are currently displaying." For example, the Economic Freedom Fighters around Julius Malema would campaign with the fact that they wanted to expropriate the white farmers of their land. "That creates tension between the population, especially if you see skin color as a decisive factor in the politics of this country." According to Katembo, the problem stems from the government's lack of assertiveness. "The political leaders have forgotten their core mission: to look after the people." Now the government must reflect on Nelson Mandela's founding idea and the proposals of the Truth and Reconciliation Commission. 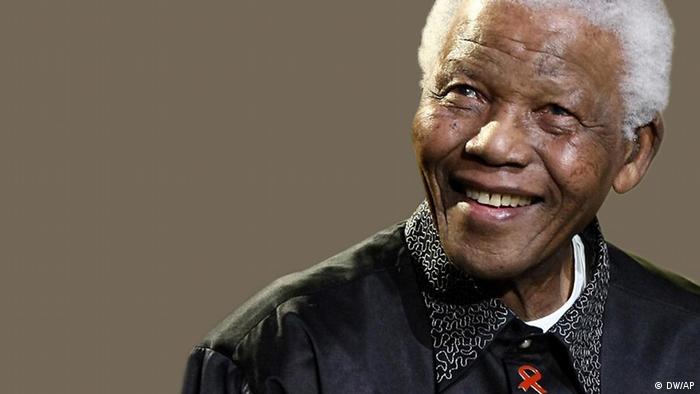 The commission, which had the aim of dealing with the crimes of the apartheid era in numerous hearings, submitted a comprehensive report to the government with concrete proposals for improving the young democracy. Human rights activist Mohamed is skeptical of their success. "The Truth and Reconciliation Commission had big goals, but I believe that the realities today are very different from what we had envisaged for South Africa. As long as people are unable to make use of their basic rights, it will not be Give rainbow nation. "

Dlamini, on the other hand, is optimistic. "I wouldn't say that the rainbow nation's dream came true, but we're working on it. We have seen that sometimes there are people at the top of the executive who are interested in facing the challenges South Africa is facing today is faced. " One example is President Cyril Ramaphosa. "He has a strong anti-corruption policy and a desire to rebuild the institutions so that trust between politicians and citizens can be restored and the country can continue to grow." Katembo also sees very concrete progress: "90 percent of the population are now connected to the electricity grid, the infrastructure has improved, as has access to health facilities. Despite all the challenges, South Africa has made significant progress in rising from the ashes of apartheid. "