What are some cycling world records

How long does a competitive athlete need to go around the world on a bike? The question was resolved in September 2017. A Scottish extreme athlete managed it in just 79 days, setting one of the most extraordinary records on two wheels. Every day he was on the road for 16 hours to set up the brand that should last a long time. The best performances on bicycles are not only adventurous, but often breakneck and on the verge of insanity.

Physical records in the Tour de France: riders beyond the norm

Despite all doping cases, the Tour de France remains the most prestigious cycling race in the world. Every athlete works towards the climax of the season, which leads across France. But some professional cyclists are a little different from the average. An example: At the 2017 Tour de France, the average driver weighed 68.8 kilograms and was 181 centimeters tall. However, some athletes stood out from this crowd. There is, for example, the German Maximilian Walscheid, who started the tour as the heaviest driver. With a weight of 89 kilograms, his weight exceeded the second heaviest driver Stijn Vandenbergh by four kilograms. Walscheid is by far the heaviest driver and outbids the lightest driver Kenny Elissonde from France by 37 kilograms. The background: Walscheid does not compete as a winning driver in the Tour de France, but is on the road as a sprinter. These tend to have more mass in order to achieve a higher top speed.

However, Max Walscheid is not only the heaviest driver on the Tour of France, but also the greatest athlete in the field. With a height of 199 centimeters, the German sprinter towers over the smallest driver Samuel Dumoulin by forty centimeters. Incidentally, a comparison of the individual nations shows that the physical differences are geographical. While the drivers from Colombia are by far the smallest (171 centimeters), Norwegians (186.8 centimeters) are physically the largest nation just ahead of the Germans (185.5 centimeters). Also interesting: mountain specialists are much smaller than time trial riders and the average tour riders.

The fastest cyclist of all time: a record at the age of 50

There are quite a few athletes in the world who are chasing a very special record: to be the fastest man or the fastest woman on a bike. But only one driver has been able to claim this record for more than 20 years: Fred Rompelberg from Maastricht. After a few previous attempts, the then 50-year-old professional cyclist reached a speed of 268 kilometers per hour. He exceeded the ten-year-old record of the American extreme athlete John Howard by more than thirteen kilometers per hour.

Rompelberg used a special motorized vehicle for the record. This was equipped with a huge umbrella and prevented Rompelberg from being exposed to the extreme wind conditions at top speed. Hundreds of Newtons would act on the driver if a protective screen is not available. Because of the umbrella, the record driver was in a windless room with little resistance. Driven by the special vehicle, Rompelberg disconnected from the vehicle and pedaled with his own muscle power. Only at a speed of 268 kilometers per hour did the speedometer stop. To date, no athlete has been able to scratch the 1995 record.

Fresh toast from the professional cyclist: Robert Förstemann against the current

One of the most interesting experiments in cycling took place in 2015. The aim of a laboratory was to find out whether a cyclist could generate enough electricity to operate a toaster. The test subject of the experiment was none other than Robert Förstemann, who competed in the challenge as a track bike specialist and Olympic bronze winner. His leg circumference of 74 centimeters should ensure that the toaster receives enough energy that the white bread is browned. The obstacle: an average of 700 watts had to be generated. As soon as Robert Förstemann falls below the target value, the bread jumps out of the toaster.

The track cyclist generated 0.021 kWh within the almost two-minute sprint and managed to brown the toast. During the project, Förstemann drove over 50 kilometers per hour and overcame a virtual incline of 40 degrees. Immediately after the experiment, the German fell exhausted on the floor and needed some time to get back on his well-trained legs. The experiment also calculated that around 180 drivers of Robert Förstemann's caliber would be required to power just one car. If an aircraft is included in the calculation, the figure rises to 43,000 drivers. Above all, the experiment should show how much visible energy is needed to brown just one piece of bread.

The most expensive bicycle in the world: the Bugatti among two-wheelers

Cyclists like to invest a lot of money in their two-wheelers. In recent years, racing bikes have been the focus of active road users. The focus is on individualization: more comfortable saddles, improved gears, optimized tires and corresponding accessories. Racing bikes replaced classic mountain bikes on the streets of the city. But despite the huge investments in quality, there is a two-wheeler that is financially king. The PG Bugatti Bike is more than just a study, it will be produced in small numbers from 2018. As the name suggests, the exclusive bike is aimed at owners of a Bugatti who are looking for a similar status object without a motor.

The PG Bugatti Bike weighs only five kilograms, is made entirely of the lightweight material carbon and is available in the colors of the super sports car. Each individual bike weighs just over 500 grams, and the entire two-wheeler has been trimmed for top speed. There are even bumpers in the handlebars to cushion the forces that occur at high speeds. The price for the most exclusive bicycle in the world starts at 35,000 euros. As with the super sports car from Bugatti, the price can easily be increased to a maximum of 80,000 euros thanks to a generous surcharge list. 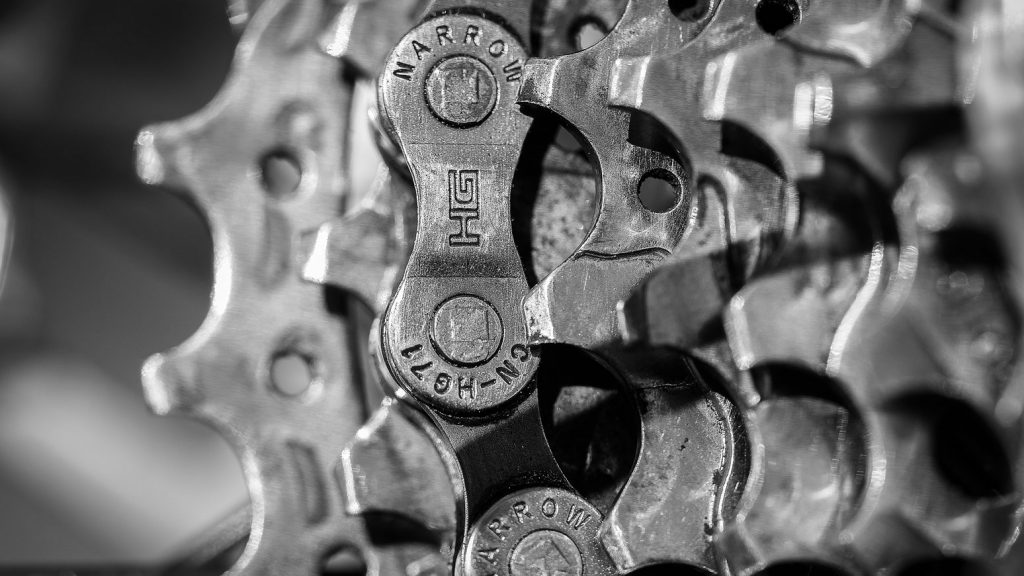 Finally, let's take another look at Mark Beaumont. The Scot crossed the entire globe once in September 2017. The extreme athlete conquered a distance of more than 28,000 kilometers in 78 days and 14 hours. Every day he got up before sunrise and began to move forward on his bicycle. He rarely drove less than 16 hours a day. His goal was clear: to break his own 2008 record. At that time, he covered 18,000 kilometers in 195 days. Particularly impressive: To hit the record, Beaumont had to fill his body with enough energy for the day. That meant 8,000 calories had to be consumed every day. For comparison: a normal person consumes between 1,500 and 2,000 calories per day.

The route led from Paris via Mongolia to Beijing. In a short recovery flight it went to Australia and New Zealand before crossing Alaska and Canada. Finally, he flew again by plane to Lisbon, where the last thousand kilometers of his journey to Paris were waiting for him. To survive the enormous strain, Beaumont drank ten liters of water a day.