The importance of Magna Cartas is exaggerated

The English King Johann Ohneland (1167 - 1216) was forced to sign a document of far-reaching importance. The reign of the English king, who was considered stubborn and uncontrollable, was not a lucky star. He was mocked because his father Heinrich II. (1133 - 1189) had passed him over when the inheritance was divided - so his nickname "Ohneland" ("John Lackland") corresponded to the facts.

From the beginning he suffered from being the successor to his popular brother Richard the Lionheart (1157 - 1199). He was also involved in an ongoing feud with the church. The clergy carefully watched that they did not have too much influence on the affairs of the church. Decisive for the rapid loss of reputation of the king, however, were the long conflicts with France. It was about the continental land holdings of the English crown in northern France. 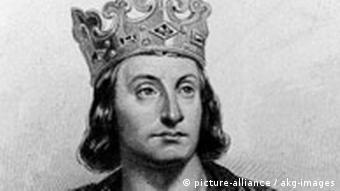 Since 1202 the French King Philip II August (1165 - 1223) put him under attack. Sometimes the British land holdings in France were confiscated, sometimes given back through contractual arrangements. Sometimes French nobles in northern France revolted against the British crown, sometimes the Pope intervened. In 1209 Johann Ohneland was even excommunicated. At the beginning of 1214, the French king threatened an attack on England, before King John invaded France. But this invasion failed miserably. The shame of defeat finally turned the English nobility against the king. In 63 articles they wrote down the rights that they wanted the king to guarantee for their lives and that of their descendants.

The most important requirement was the right that taxes could no longer be levied without their consent. Furthermore, no free citizen should be able to be detained by royal officials without verifying the reasons for his arrest. They also established inalienable privileges for themselves that could not be reversed by either the king or the pope.

The consequences of this "carte blanche" were clear to the king. For from now on, for the first time, an English king would not rule by "God's grace" or with the blessing of the Pope, but had to try to balance interests first with the nobles and later with the people. But the king had no choice but to sign the Magna Carta on that historic June 15, 1215 in Runnymede in the south of England - in the county of Surrey. The nobles had made several copies - one for each county, so that the contents and consequences of the Magna Carta were known across the country within a few days.

The "Magna Carta" signed in 1215 is, in a modified form, part and basis of today's laws in Great Britain. Together with the "Bill of Rights" of 1791, it became the basis of all US laws, the constitution of which largely refers to the Magna Carta. It is probably not an exaggeration to see the Magna Carta as the document that created the conditions for more and more civil liberties and rights to assert themselves. First on the British Isles and later on the European continent.

The principle that the king was not allowed to raise taxes "without the general consent of Our Empire" is almost literally reminiscent of the political demand of the American War of Independence at the end of the 18th century: "No taxation without representation!" - No approval of taxes without adequate representation in parliament!