What a musical child prodigy produces

The training at the Central Music School in Moscow, one of the elite schools in the country, demands a lot from every student, says director Irene Langemann: "This music school at the Moscow Conservatory - this is the cadre forge for the best from all over the country. And if you are in it is of course a great honor. But that does not mean that you can get through school. The selection is extreme. It is an unbelievable support: But a lot of discipline is required, a lot of renunciation is required, it is required that you practice an infinite amount of time, but in return you get the opportunity to maybe advance and get to Olympus. " 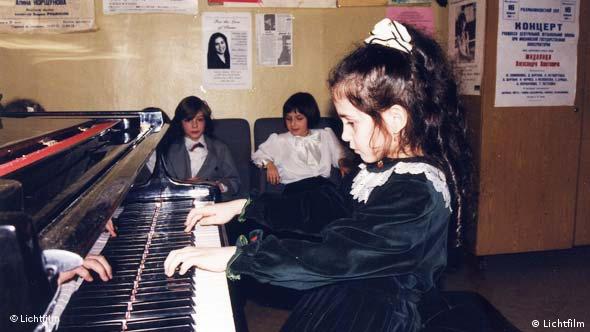 Irina as a child

These musically gifted people often have perfect pitch. Even as a child, Irina could simply replay pieces of music - without reading a single note beforehand. At the time, the entrance exam was a finger exercise for her. the later intensive lessons were child's play, which especially made her parents very proud. "Parents and their talented children have been making a pilgrimage to this central music school since the 1930s. There are a few others in other major cities such as St. Petersburg or Kiev, of course - to give their children the opportunity to take the entrance exams And those who pass it are then already highly gifted children. " Irene Langemann herself comes from a small town in Siberia and also learned the piano as a child at a music school. She knows the ambition and tenacity with which gifted children make their way up. The targeted promotion of the elite in Russia, which has produced top musicians and first-class concert pianists for decades, is, in their view, one of the reasons for their amazing success. 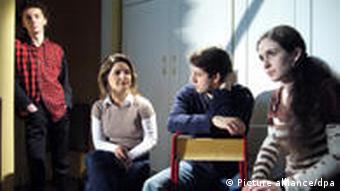 Dmitri, Elena, Nikita and Irina in a movie scene

Despite the high demands, young Russians like Irina, Nikita, Elena and Dimitri, whose lives the documentary accompanies, find the music time and again as an exhilarating gift. And her instrument as the absolute center of her life, almost like a friend who accompanies you everywhere. "Elena once said in an interview," recalls the director, "she didn't know anything else, she couldn't even ride a bike, she couldn't even swim. But she didn't miss it because she didn't know it."

At the age of eight Elena played a concert in the Vatican all by herself in front of Pope John Paul II and the assembled cardinals. Virtuoso like a pro. But the glamorous performances of her child prodigy - she tells this in the film with a slight sadness around the eyes - also had a downside: "I would have preferred a very normal childhood. In the meantime, the young woman, who is studying the piano in Hanover at the music college, plays , professional concerts all over Germany. Elena Kolesnitschenko is married to a Russian violist. Both have a little daughter who, however, definitely does not want to learn the piano. She prefers to sing. Elena has since given up competitions. The brutal pressure of international piano competitions she didn't want to expose herself anymore.

The 20-year-old Dimitri Krutogolovy has no problems with this enormous competitive pressure. For him it was always a challenge to achieve new heights. "As a child, I didn't think of competition. It only came gradually when I was watching the others. And I wanted to be just as good. I wanted to keep up with that," he laughs. Even as a child he had his own piano and spent every free minute in the small Moscow apartment, which he shared with his mother, playing virtuoso piano runs. And he started composing early. In the film, like an old man, he exchanges experiences with his friend Nikita. In the meantime, in addition to classical works by great composers such as Beethoven, Chopin and Shostakovich, he also plays his own compositions at his concerts - sometimes jazz is mixed in with them. 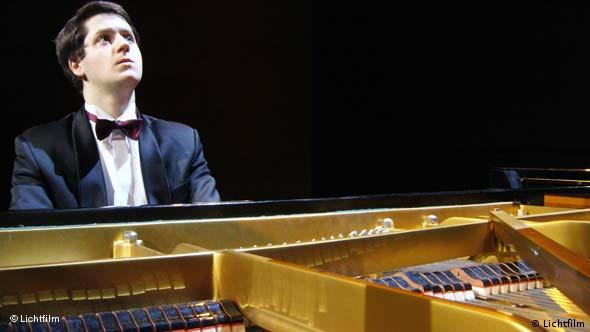 Nikita Mndoyant, who is now studying piano and composition in Paris, is also playing international concerts at the age of 19 - professionally. With renowned orchestras as well as in a chamber ensemble. He also won a major piano competition that year, starting block perhaps for a brilliant career. Nevertheless: There are only very few opportunities, all four former "child prodigies" experienced that - despite their talent and great foreplay. To stand out from the crowd, somehow, that's probably the most important thing. The concert agents they deal with today are tough on the rules. "Minimum: a well-known competition that has to be won. Even a second or third place no longer interests anyone in the media landscape. But there are nice coincidences when some pianist fails due to illness and they would then have the chance and the luck that you just say, now I'll get Elena on stage and it will somehow go well. And at that moment it can be that a career will be made. "