Can cell phones work in space

Your cell phone is frozen, nothing works anymore. Alien particles could be to blame. Sounds kind of absurd. But it is not. It is well known in industry and research that tiny particles from space can interfere with electronic devices, and even paralyze them. And now a US study has shown that modern consumer electronics are becoming more and more susceptible to cosmic interferers. Why? 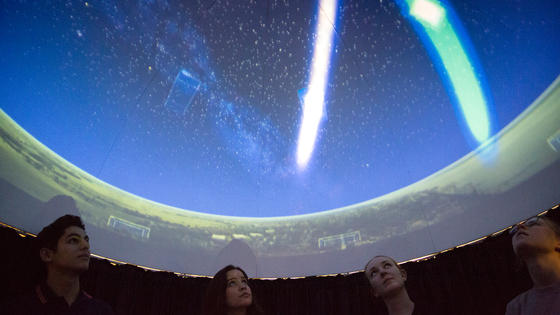 In the DLR School Lab - the first club in Bremen for space enthusiasts - club members were able to see the otherwise invisible cosmic rays live in October 2016.

Professor Bharat Bhuva is the name of the man who dealt with the "Alien particles from outer space" in the front row. He teaches and works at Vanderbilt University in Nashville, Tennessee. It is clear to him that it is often not the manufacturers of computers or smartphones that are responsible when there are problems with the devices, but space weather. The problem is triggered by electrically charged particles that come to earth with cosmic rays from the sun or space.

Millions of these invisible particles race through our body every second without causing damage. At least none are known so far. However, if such neutrons, muons, pions or alpha particles come into contact with electronics, they can "really become a big problem", according to Bhuva. Because some of these particles are so energetic that they can influence microelectronic circuits and change individual data bits in the memory and convert a 0 into a 1. Such a temporary malfunction of the system is known as a single event upset (SEU) or soft error. A problem that is little known to the general public.

Autopilot on the plane switched off

But Bhuva gives examples from the past such as the malfunction of an electronic voting machine in Belgium, where a changed bit generated 4,096 additional votes for a candidate. The mistake was noticed because in the end there were more votes than voters. The problem was bigger when such a so-called “single bit flip” is said to have ensured that the autopilot of a Qantas Airways aircraft switched off automatically on a long-haul flight from Singapore to Perth: the plane fell more than 200 m within 23 seconds from. A third of the passengers were injured.

In 2004 a study showed that even a small data center experiences a potential network failure every 17 hours due to cosmic interferers. According to this study, anyone who works with his laptop on an airplane would even risk a "bit flip" every five hours with negative consequences.

Now, more than a decade later, Bhuva and his team have carried out a new risk study on behalf of major chip manufacturers. For this purpose, the 16 nanometer 3D transistors used in chips were examined. Companies wanted to know if the problem of soft errors had worsened. Because: The smaller the circuits, the less energy is required to switch a bit from 0 to 1 or vice versa from 1 to 0. Interferences could therefore occur more frequently when charged particles hit from space. On the other hand, miniaturization could reduce the number of hits. 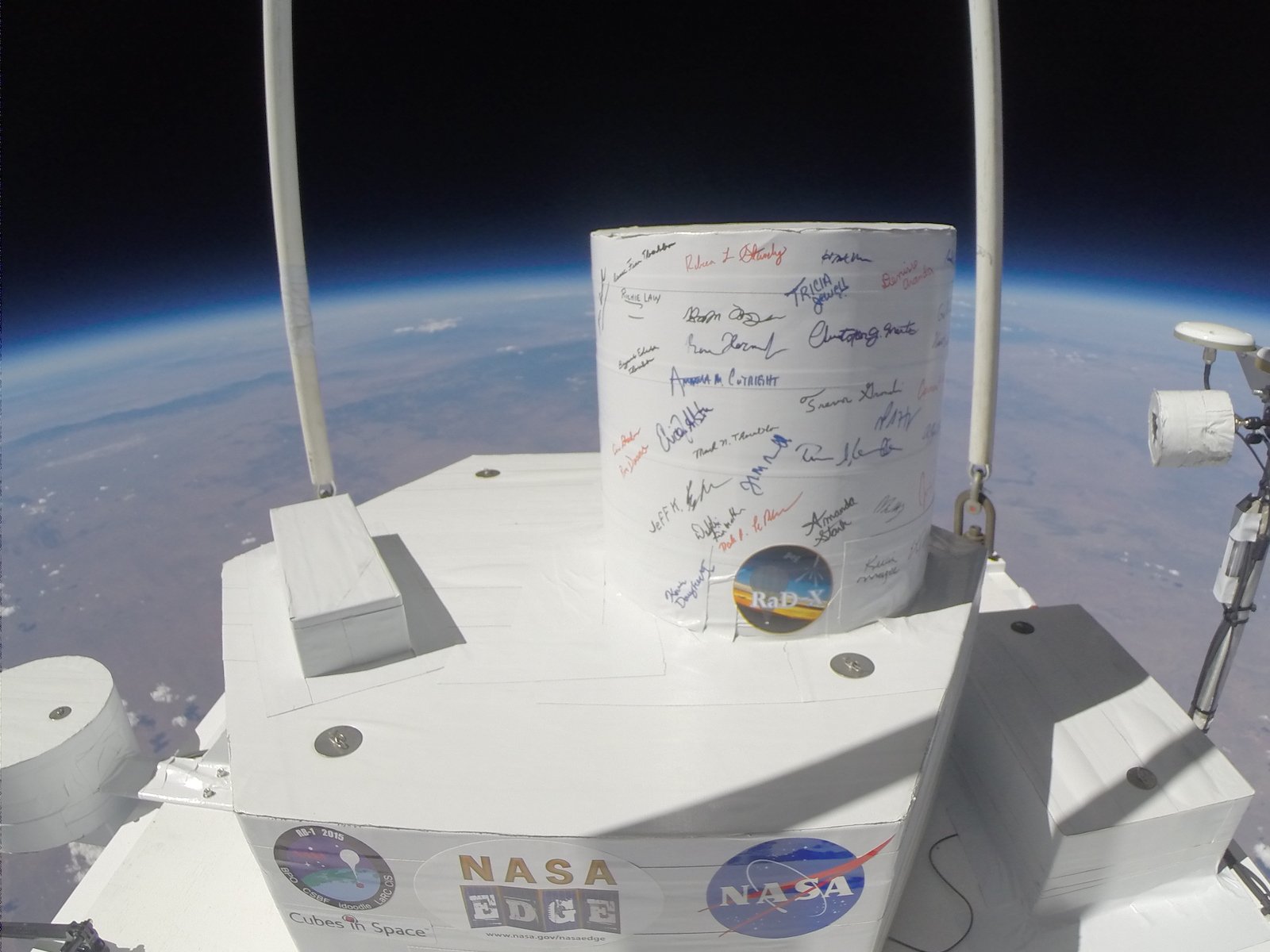 In September 2015, Nasa sent RaD-X into the stratosphere to measure cosmic radiation from the sun and interstellar space.

For their study, the scientists exposed integrated circuits to a neutron beam and researched how many SEUs there were in the chips. Measurements were made in FITs (Failure in Time), whereby one FIT means one failure in a transistor in one billion operating hours. It sounds like a few soft errors, but since there are billions of transistors in many devices and there are billions of electronic systems, when viewed as a whole, many malfunctions quickly occur. The result: the average error rate is between 100 and 1000 FITs.

The study has thus confirmed that there is "an increasing problem" with alien particles, says Bhuva. He is not allowed to give details from the study - they are part of the client's business secrets. Just one more thing: The new 16-nanometer circuits with the 3D architecture are much less prone to failure than the previous generation of the 2D architecture. However, more and more transistors are being used - and that further increases the SEU error rate.

A ten-foot-thick concrete wall would help

And what can be done now? The best protection against the rain of particles from space would be a three-meter-thick concrete wall, according to study leader Bhuva. A less expensive alternative: create redundancy. That means, create processors in triplicate and compare their results with each other. If two processors come to the same result, this can be rated as correct. Because it is extremely unlikely that a soft error will occur in two processors at the same time. For example, the American space agency Nasa is proceeding to maximize the reliability of computers in space. Semiconductor components are now also protected by a sheathing.

According to Bhuva, most industries such as medical technology, IT, finance and energy take the problem that has fallen from the sky seriously. Except for the entertainment electronics. Bhuva: “It is a big problem for industry and engineers, but the general public doesn't have to worry too much.” At most, whether they'll scold the manufacturer the next time a computer crashes - or the bad space weather.

Incidentally, the earth's magnetic field ensures that most of the high-energy particles that the sun hurls around it cannot penetrate to the earth's surface. When the solar wind is very strong, however, the magnetic field is overwhelmed.

Spaceships and astronauts have to be protected from the constant fire of the solar winds with complex special cladding. Experiments have already been carried out on the International Space Station to clarify how exactly the earth's protective shield works, protecting the blue planet from electrically charged particles from space. The goal: comparable protective shields for spaceships.