Which i7 processor variant is the best

Top model. The Intel Core i7-8650U is considered the successor to the popular Intel Core i7-7600U. With four computing cores, increased clock rates and optimized power consumption, you get a lot of added value here.

For a few months now, notebooks with Intel's 8th core processor generation have been available. Shortly after the presentation, the Intel Core i5-8250U processor showed in a detailed test what performance potential these Kaby Lake Refresh CPUs have. Although the name of the model family suggests a smaller development step, the actual impact in terms of computing power is enormous. 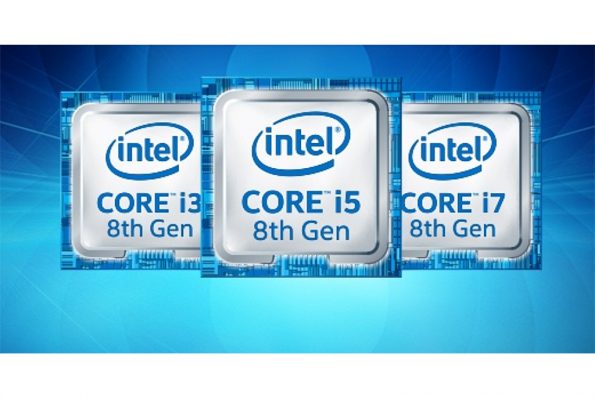 Thanks to an optimized 14 nm manufacturing process, Intel managed to install 4 instead of 2 processor cores in the ULV SoC (Ultra-Low-Voltage-System-on-Chip) while maintaining the Thermal Design Power (TDP) of 15 watts. In addition, Intel's hyperthreading technology is used here, which now enables up to 8 threads to be processed at the same time.

Both developments benefit both the i7 processors and the i5 models. They are important prerequisites for increasing the performance of tasks that can distribute their computing load over as many processor cores as possible. The Intel Core i3-8130U, on the other hand, only has two processing cores, can process four threads at the same time and reaches a maximum clock of 3.4 GHz.

In return, Intel has noticeably lowered the base clock rate of the computing cores compared to the 7th core processor generation. Depending on the CPU variant, this base clock rate is now between 1.6 GHz and 1.9 GHz. The unchanged TDP of 15 watts has to be distributed over 4 physical cores and consequently requires a corresponding clock reduction in multi-core use. The bottom line is that the improvement in performance should be between 20% and 30%. The Intel Core i7-8650U processor tested here works with a base clock of 1.9 GHz.

When interacting with software that only uses one processor core, the most important thing is to have the highest possible maximum clock speed. Despite the switch to the quad-core architecture, Intel can of course continue to drive individual processing units to maximum performance with its Turbo Boost. The maximum clock rates now reach between 3.4 GHz and 4.2 GHz, depending on the processor variant. The Intel Core i7-8650U processor calculates with up to 4.2 GHz (Intel Core i7-7600U max. 3.9 GHz) and can thus record an increase of 300 MHz compared to its predecessor.

The four new notebook CPUs so far differ from one another primarily in terms of their graduated base and maximum clock rates. In addition, the i7 models have 8 MB instead of 6 MB level 3 cache. The TDP is 15 watts for all variants and production takes place in the optimized 14 nm process. The integrated graphics unit is the Intel UHD Graphics 620, which hardly differs from the Intel HD Graphics 620.

Extract of the technical data:

The availability of the new CPUs has normalized since the Intel Core i5-8250U was tested in August 2017. Most of the notebook series have now been converted to the new generation of models and can convince with the powerful Kaby Lake Refresh ULV CPUs. 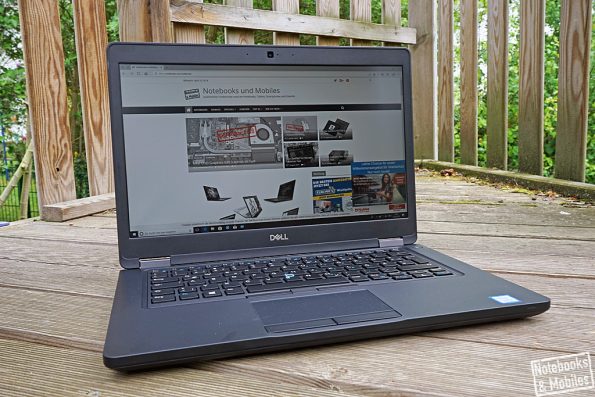 The test results show that the “Kaby Lake Refresh” offers a significantly increased multi-core performance. Despite the significantly lower thermal design power (15 watts), the Intel Core i5-8650U is roughly on par with the 45 watt CPU Intel Core i7-7700HQ in short benchmark tests. In the Cinebench R15 64 bit, for example, an excellent 722 points are achieved in the multi-thread test. Compared to the predecessor Intel Core i7-7600U, this is an increase of around 100 percent: Very good!

The development in the single-thread area is similarly successful. The increase in the maximum clock is noticeable here. With 300 MHz more up its sleeve, the Intel Core i7-8650U has the best prerequisites to outperform its predecessor, the Intel Core i7-7600U. With a result of 178 points in the single thread test of the Cinebench R15, the test device is confidently at the top of the notebook CPUs tested so far. Only the overclocked Intel Core i7-7820HK in the Alienware 15 R3 runs even faster.

With a TDP of 15 watts in combination with 4 real computing cores, some users are likely to be a bit skeptical about the expected load stability. However, the CPU stress test with Geekbench 3 shows that the reviewed Dell Latitude 5490 did not lose much of the high output performance during the stress test.

This is due to the notebook manufacturer's apparently increased thermal design power to 25 watts. A clock reduction is therefore only very moderate and provides a noticeable added value compared to the lower positioned Kaby-Lake-R family members. 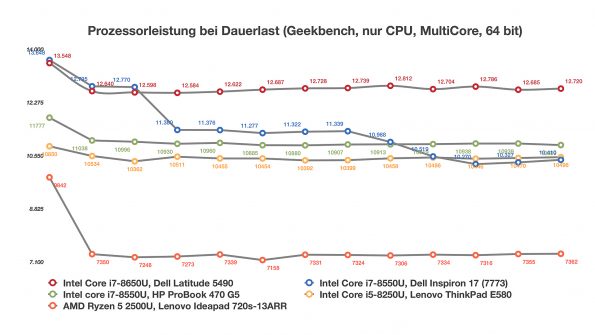 In order for this to work, the fan works at high speed and ensures a sound pressure level of 43.4 dB (A). Here, Dell has clearly adjusted the device alignment to achieve the highest possible performance. In contrast, the fan in the Dell Inspiron 17 7773 works very cautiously, which is also the main reason for the significantly poorer continuous load stability.

When the processor and the integrated Intel UHD Graphics 620 are loaded at the same time, the processor clock drops to 1.9 GHz. This reduces the Geekbench results to around 5,500 points.

The actual performance of other notebook concepts can vary. Manufacturer specifications, the specific cooling system and an increase or decrease in the Thermal Design Power (TDP) have a considerable influence on the performance of the processor. 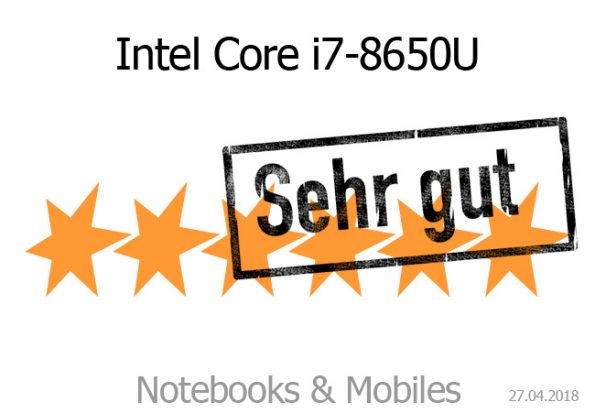 Intel has given its ULV processors in the 15 watt class a significant increase in performance.

The Intel Core i7-8650U processor tested here not only impresses with its improved single-thread performance, but above all with a real performance boost in the multi-thread area. Thanks to the increased thermal design power and the active fan system, the Dell Latitude 5490 test device can maintain its high performance even under constant load.

The Intel Core i7-8650U impressively shows its capabilities in the test and should appeal to performance fetishists in particular. However, the fun is not cheap. With a surcharge of around 200 euros compared to configurations with an Intel Core i7-8550U, the purchase should not be an option for every budget.