Why was Einstein sticking out his tongue

Why Einstein sticks out his tongue

It is March 14, 1951 and Albert Einstein's birthday is 72. The famous physicist, who was born in Ulm, has lived in the USA for many years and works there at the "Institute for Advanced Study" in Princeton, New Jersey . A ceremony was held in his honor at the research center.

When he leaves, the paparazzi are lurking outside. They want to hear witty bon mots from the world-famous professor on the global political situation and take the perfect birthday photo. Albert Einstein is annoyed and tired from all the festive speeches, he hates the media hype about himself anyway. He just wants to get away. But he can't, because he is sitting in the back seat of a limousine, wedged between the institute's former director, Frank Aydelotte, and his wife Marie. "It's enough, it's enough ...", he is said to have shouted to the pushy reporters over and over again, but they won't let him rest: "Hey, Professor, please smile for a birthday photo," someone calls out.

Einstein, the unconventional free spirit, simply sticks out his tongue to his pursuers. The photographer Arthur Sasse presses the shutter release on his camera with presence of mind - and the picture is in the can. It will go around the world. 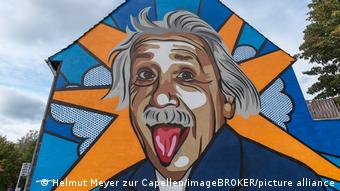 Even in the 21st century, the tongue photo is still omnipresent - here on a house wall in Münster

The absent-minded professor with disheveled hair and sloppy clothes, who so often forgets to put on socks and whose theory of relativity hardly anyone understands to this day, is mystically transfigured during his lifetime. The iconic snapshot also gives the mastermind the status of a pop icon.

But it is not photographer Arthur Sasse who makes the picture world famous, but Albert Einstein himself. He likes the picture, orders numerous prints and crops them so that the Aydelottes can no longer be seen, only their likeness tongue out. He sends this to colleagues, friends and acquaintances in a row. His last girlfriend, Johanna Fantova, he likes to flirt with his outsider role: "The outstretched tongue reflects my political views," he is said to have confided in her. 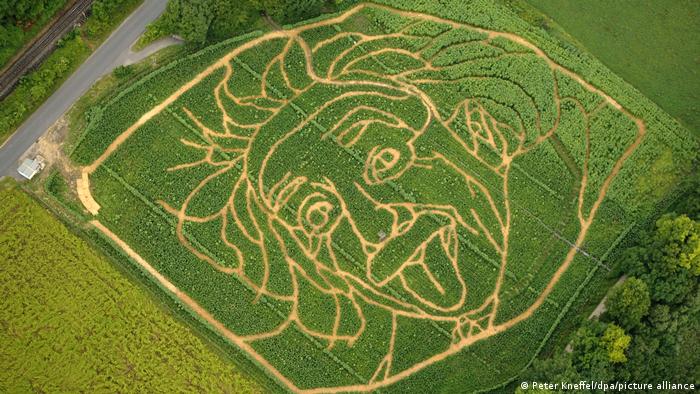 "On the way in the head of a genius": In 2005 farmers from Bavaria created a maze in the corn field

Einstein, the Jew, had left Nazi Germany. He knew what the state's witch hunt felt like. And so he could not gain anything from the Cold War and the hunt for alleged communists instigated by Senator Joseph McCarthy, in which many politicians, intellectuals and artists were accused of being "un-American".

"The rule of the stupid is insurmountable because there are so many and their votes count as much as ours," he said. And this quote should also come from him: "Two things are infinite: the universe and human stupidity. But I'm not quite sure about the universe yet."

Einstein met this stupidity with genius - and with his outstretched tongue. Today you can still find them reproduced millions of times: on posters and T-shirts, greeting cards, mugs and murals. The brilliant professor still has numerous fans among today's generation. 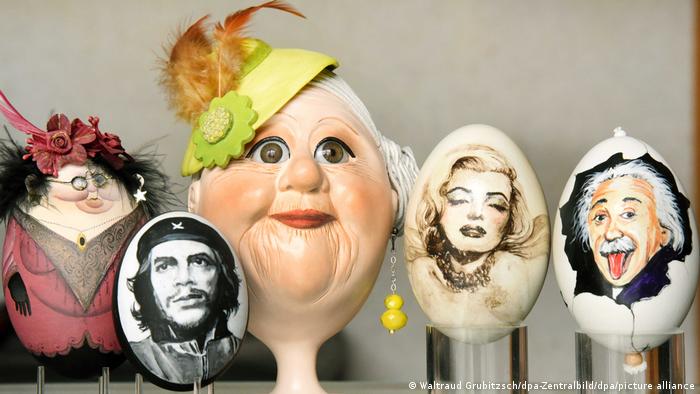