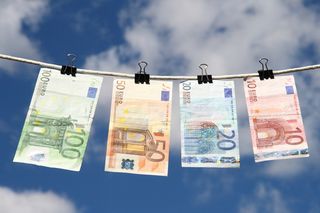 The "Corruption Perceptions Index", an index for perceived corruption in the public sector, was 71 points in Belize in 2008. The scale ranges from 0 to 100, the higher the value, the more massive the corruption. With this, Belize ranks 110th. So the result is significantly below average compared to other countries.

Compared to the previous year, there was a slight increase in corruption in 2008. From a long-term perspective, it has also increased moderately in recent years.


Back to overview: Belize

The causes of corruption are partly political and cultural. Ineffective law enforcement may fuel this. It is noticeable that it is regularly lower in democratically governed countries (form of government in Belize: parliamentary democracy). Likewise, higher levels of corruption occur predominantly in low-income countries. In Belize, the per capita income is 4,002 euros annually and is extremely low in a global comparison. The above-average cost of living also indicates a comparatively wealthy country.

Note on the Corruption Perceptions Index

The information is determined annually by Transparency International. In 2008 the index was determined for 180 countries from all continents.

The original "Corruption Perceptions Index" knows the numbers exactly the other way around and assigns higher values ​​for lower corruption. The official value for Belize is thus 29 points in 2008. This would actually be an anti-corruption index, because the higher the score, the lower the corruption. These numbers have been inverted here to make the graphs easier to understand and to visualize.