How to identify counterfeit perfumes

This post could be advertising. Further information can be found at the bottom of the page.

Table of contents of the article:

How do you recognize a fake perfume?

Since luxury fragrances come at a price, there is also a lot of counterfeit perfume on the market. Unlike dupes, fake perfumes can hardly be distinguished from the original and you really have to look very carefully to see the differences between the original fragrance and the fake. To check whether the perfume is a fake or an original fragrance, there are a few options. Since we recently acquired a counterfeit or at least very questionable bottle with 99.9 percent certainty, we want to show you what to look out for. Because even with a perfume bottle and the packaging, there are some clear indications that suggest a fake. 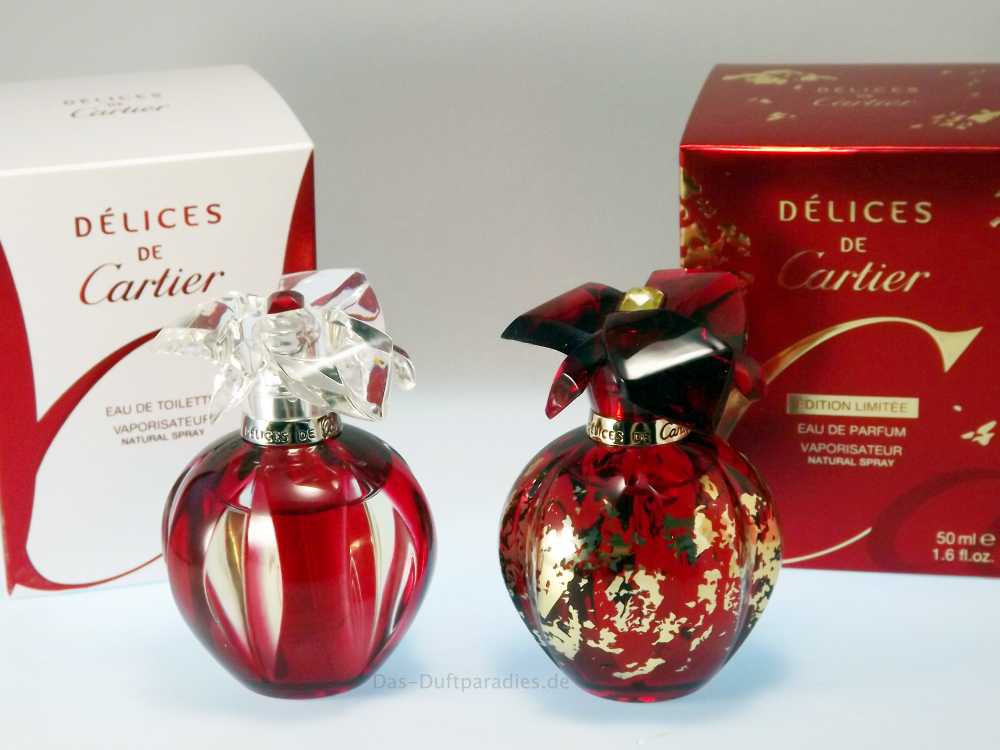 Here you see the same perfume. On the right it is clearly the original fragrance. On the left in the picture the alleged forgery. The fact that the flacons and the packaging differ at first glance is not the point, because the fake perfume on the left is a limited edition by Delices de Cartier, which was actually issued in this design by the manufacturer Cartier.

We only bought in the corresponding perfumery because the limited edition was no longer available anywhere else. The scent of the perfumes should be the same - only the packaging and the design of the bottle from the LE officially differ from the original, but otherwise should have corresponded to the manufacturer's typical characteristics! 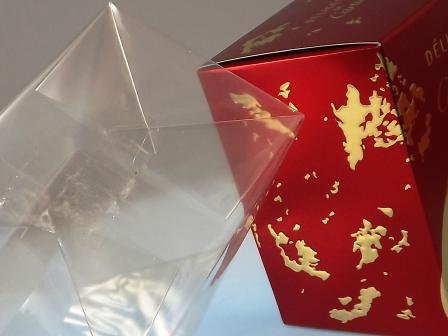 The font and design of the packaging are initially very similar. The alleged fake does not show any unusual deviations from the original. Only the color and a little the design differ. As already mentioned, this is due to the fact that the red box is a limited edition. Of course, it always differs optically from the original. The bottle is also different, which is not surprising.

Pay attention to the slide

Number cut out from the bottom of the perfume bottle

The first thing we discovered about this perfume (bottle on the right) after buying it was the foil that sits around the box. At first glance, she didn't look unusual. And so we opened the package.

Only after the smell test and the strange smell did we become skeptical, so we now took a closer look and started looking for evidence of a fake. We discovered that the film was only welded on one side, as the manufacturer Cartier usually does.

On the opposite side, the film of the packaging was taped shut with an uncleanly torn off transparent adhesive strip. We had never seen anything like this before. Now our suspicion that this is a fake bottle was already very confirmed.

Perfume box is uncleanly punched - indication of a fake (forgery)

The manufacturer's information can be found under almost every bottle. So also a number, which is probably a kind of batch number. On the left in the picture the original fragrance from Cartier. The perfume has a sticker on the bottom of the bottle, on which there is an intact batch number.

On the right the forgery of the perfume, from which the number was carefully cut out. So there is proof that something is wrong with this perfume. Because that can only mean: Either the perfume bottle comes from stolen goods or it does not contain the original fragrance and it is a fake perfume. Incidentally, this Cartier was bought in an online perfumery that has been known and has been on the market for many years.

Back of the packaging

Hardly noticeable and not even arousing doubt, there is a mark on the back of the alleged Cartier forgery. 4 small dots are punched into the box at the top right. The punching on this questionable perfume is so frayed that it was never applied by a manufacturer. A look at the original fragrance shows that there is no such mark. Although the bottle of the fake looks absolutely similar to the original fragrance (with the exception of the sticker on the bottom of the bottle), some things are not right about the limited edition.

Perfume fake or original fragrance: The back of the perfume box has also been manipulated

Perfume fake: the underside differs from the original fragrance

There are other characteristics that can be used to identify a counterfeit perfume. On the underside of the packaging there is an optical code placed approximately in the middle of the original fragrance. The letters OLAH are printed underneath. Then follow the ingredients and now only the manufacturer Cartier and the icons follow on the original bottle. In the case of the fake, the graphic code is covered with a small sticker. The letter combination is completely missing. A sticker with "Made in France" attached at an angle and off-center is stuck on at a later date and protrudes into the Incis. That also does not indicate the manufacturer's hand. Instead, you have to assume that this is a fake or a manipulated original fragrance.

All complained points were edited afterwards and so it is not surprising that the scent differs from the original. This has nothing to do with the real Cartier. Now the dealer has to explain and answer for it. Of course, the presumably fake perfume was sent to the legal department of the manufacturer Cartier so that the matter can be investigated there. Incidentally, the perfumery where this fragrance was purchased did not turn out to be particularly cooperative, so we can only say: “Ih, what a perfumery!” - We are guaranteed never to buy from this retailer again.

Unfortunately, we are not alone with our experiences. We have now been told several times about perfume fakes. We strongly recommend you, dear readers, to find out more before making a purchase, to look at reviews on the Internet and to spend a little more money on a fragrance so that you can be sure that it is a flawless original fragrance.