Why is methane a greenhouse gas

After carbon dioxide, methane (CH4) the second most important greenhouse gas. According to the Federal Environment Agency, its share of total greenhouse gas emissions in Germany was 6.2 percent in 2014. Methane remains in the atmosphere for up to 15 years for a much shorter time than carbon dioxide, for example. But because it is 25 times as effective, it is a key contributor to the man-made greenhouse effect. As part of the Kyoto Protocol, Germany has committed itself to lowering methane emissions - with success: methane emissions have fallen by 53 percent since 1990.

Animal husbandry: the number one source of emissions 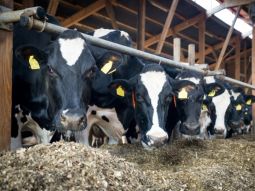 Most of the methane gas emissions in Bavaria arise in animal husbandry; Photo: © countrypixel - Fotolia.com

Methane is an extremely flammable, colorless and odorless gas. It occurs when organic material is broken down in the absence of air. This happens, for example, in the stomachs of ruminants such as cattle: the gas that is produced is released during digestion. There is also methane in manure and liquid manure used as fertilizer. When the fertilizer is stored and applied to the fields, it is released into the atmosphere.

Agriculture is therefore the main source of methane emissions in Germany: in 2013, its share of methane emissions was around 58 percent. In Bavaria, with its traditionally strong cattle husbandry, the proportion was again significantly higher at around 85 percent (source: environmental economic accounts of the federal states, 2016).

From a global perspective, the wet cultivation of rice causes a large proportion of methane emissions. Large quantities of the greenhouse gas are produced on the flooded fields.

Another source of methane emissions in Germany is the extraction and distribution of fuels: methane is released, for example, when coal is mined or natural gas is transported. In 2013, the share of energy generation and distribution in total methane emissions was 16 percent at the federal level and seven percent in the Free State (source: environmental economic accounts of the federal states, 2016). 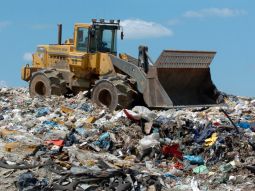 In the same period, the share of waste management in methane emissions in Bavaria was reduced from around 23 to five percent (source: environmental economic total accounts of the federal states, 2016).

Above all, this positive development has resulted in improved processes and new legal regulations in waste management. Since recyclable materials have been recycled, organic waste has been composted and more and more waste has been used to generate energy, the amount of waste in landfills - and with it the formation of methane - has decreased significantly.