Mining asteroids is within our technological capabilities

The left-wing member of the Bundestag Fabio De Masi asked the federal government about space mining. A conversation about the threat of privatization in space. 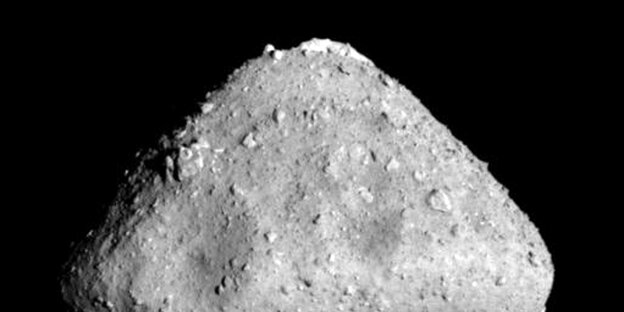 According to researchers, asteroids contain metals such as gold, platinum or rhodium Photo: dpa

taz: Mr. DeMasi, you asked the federal government about space mining and the privatization of raw materials in space. Is space becoming an economically competitive area?

Fabio D.eMasi: At the moment, the extraction of raw materials in space is technologically and economically not yet possible. But there are announcements from Tesla, Amazon, and others to get involved. The great danger is that this will intensify with the space mining laws passed in the US and Luxembourg.

What is the problem with these laws?

Are there efforts in Germany for such a law?

The government is planning a space law in this legislative period. The Federation of German Industry has also called for that. The law is intended to create legal certainty within an international framework. But there is no such thing. I fear that numerous countries will enter into a race under pressure from industry. In the end, many countries would have their own laws and the international framework would not come.

39, has been a member of the Left Party in the German Bundestag since 2017. He is deputy group leader.

What would the danger be?

In the past, rival powers cooperated because of the enormous costs in space. Things are different today: private corporations have similar economic and technological capabilities as states. You have to put a stop to this. Otherwise private corporations will decide what happens in space. There is no point if there are numerous national laws but there is no international framework.

Is it even economically viable to be involved in space?

In general, I have great doubts that the extraction of raw materials in space can be justified ecologically and economically. In response to my inquiry, the federal government said that it did not have any reliable information about it, but that it currently assessed the profitability as low.