Which languages ​​influenced Lithuanian the most

Study of history
The heyday of the Lithuanian scientific language 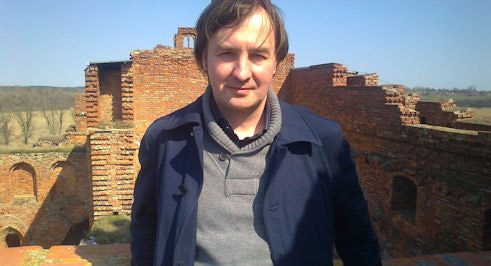 In most of the sciences, the national languages ​​are becoming less important and are being pushed aside by the scientific language, English. The dean of the Faculty of History at Vilnius University, Prof. Rimvydas Petrauskas, is convinced that the Lithuanian scientific language is currently experiencing its heyday in the subject of history.

How would you describe the situation of the Lithuanian academic language in the subject of history?

Every people must cultivate their academic language. This is not just a certain standard of social development, but at the same time a more profound thing - academic language has a long-term effect on everyday language through various channels, changing and enriching it. In my opinion, the Lithuanian language is currently enjoying its heyday, at least in the humanities. There has never been such a large number and variety of scientific studies. There are also translations from other languages ​​(both from historical sources and from the works of contemporary foreign scholars). All of this has undoubtedly contributed to the development of the Lithuanian academic language.

Development of the historical vocabulary

How broad is the Lithuanian historical vocabulary?

The historical vocabulary has become much richer in the last few decades. This is a direct consequence of new scientific research. Lithuanian historians, especially those who study the earlier ages (for which there are no sources in Lithuanian), rely on creating new words and terms. In particular, we are currently lacking a detailed dictionary of historical terms - the historian community should focus on this work. It is important that the scientists agree on an appropriate use of certain terms, after which they will also establish themselves in society. A good example of this is the naming of the Lithuanian-Polish state "Respublika" (established through the efforts of historians)in German "Republic"), which has almost completely displaced the previously used and strange-sounding "Rzeczpospolita".

Importance of the German language for the historical sciences

Which foreign language has influenced history the most?

It would not be an exaggeration to say that Lithuanian historiography was born in German. The first dissertation in history was written in German in 1905 in the Swiss city of Freiburg. This tendency also persisted in the interwar period - almost all innovative Lithuanian historians received their doctorate in Germany, Switzerland or Austria or studied there for a long time. It is astonishing that this tendency continued during the Soviet period. It is therefore not surprising that during the first two decades of independent Lithuania, all three deans of the Faculty of History at Vilnius University spoke German. In other humanities subjects (especially philology) the situation was no different. I suspect, however, that the fourth dean will not necessarily have such language skills.

In history, as in most other sciences, is an invasion of the English language observed?

The influence of the English language is strongest in the area of ​​communication - at conferences, project presentations as well as in the area of ​​science administration and evaluations carried out by foreign reviewers, etc. Of course, more and more publications appear in English every year. However, the peculiarity of Lithuanian history is that Lithuanian historians are often dependent on the books of Polish, German, Russian, Ukrainian and Belarusian authors, who continue to publish mostly in their national languages, because of thematic similarities. Incidentally, for this reason, more and more foreign scholars are learning the Lithuanian language. For example, it is currently not possible to adequately conduct studies of the Grand Duchy of Lithuania without making use of Lithuanian historiography. From this point of view, this area is really international and multilingual, and that demands broad linguistic skills from the scientists (there are also ancient languages).

In your opinion, how important is it for scientists to be able to explain certain phenomena in their native language? Perhaps it is becoming less and less important in today's globalized world?

One of the most important tasks of scientists is to disseminate research results in society. Of course, this is done (in writing or orally) in Lithuanian. All humanities subjects are to a certain extent "philological" because language skills have a great effect on the quality of research and publishing. And in my opinion that's a good thing. You cannot present or write everything in English comfortably and clearly. Very often not only specific terms are missing, but also the tradition of the language. On the other hand, history, like any other science, is international. That is why you are forced to speak or write in other languages ​​at international conferences and forums, not just in English. It is very important that the results of the research are made known abroad by Lithuanian scientists, so publishing in foreign languages ​​is very important for the academic community.


Prof. Rimvydas Petrauskas, Lithuanian historian, is Vice-President of the National Committee of Lithuanian Historians. He graduated from the Vilnius University History Faculty in 1997 and has been working there ever since. In 2012 Petrauskas was elected Dean of the Faculty. He took part in advanced training courses at the universities in Berlin and Greifswald as well as at the Herder Institute in Marburg.