What if a broken heart never gets better

What is a broken heart

The so-called broken heart syndrome is more dangerous than long assumed. Affected people react with symptoms similar to those of a heart attack. 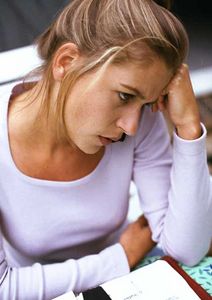 “It broke her heart” - they say it that way. Heartache is also popular. And then there are those movie scenes where someone gets so upset that they collapse with chest pains. Only very few people know that this can actually happen. It has not been clear to doctors that long either. Broken heart syndrome has only been known for a little over twenty years.

"Broken Heart Syndrome is a heart muscle disease that is triggered by a high level of stress hormones," explains Felix Schröder from the Heart and Vascular Center at the Albertinen Hospital in Hamburg. In other words, if someone gets very upset, their heart may stop working properly. A striking example of how closely the heart is intertwined with mental health.

Elke Enders started with pain in her left arm. She had had a nose operation that morning. Maybe a consequence of the anesthesia, she thought. The next morning, however, her left breast also ached. The doctors did not hesitate long. They took the elderly lady straight to the intensive care unit: suspected heart attack.

But the patient's coronary arteries looked normal. No blockages, as would be the case with a heart attack. Instead, her left ventricle had changed. It was tighter at the top and inflated like a balloon at the bottom. In pictures, the heart chamber looks like a vessel that was used to catch squid in Japan: Tako Tsubo. The Japanese doctors who first discovered the painful change in the heart therefore called the disease Tako Tsubo cardiomyopathy.

How exactly this happens has not yet been clarified. It is noticeable, however, that it usually happens when someone has been exposed to great stress. "In my experience, the death of a spouse is often a trigger," reports Schröder. "But good news can also lead to this," adds Prof. Martin Borggrefe, Director of the 1st Medical Clinic at the Mannheim University Clinic. Physical stress such as an accident can also trigger the syndrome, as a current study by the German Center for Cardiovascular Research (DZHK) shows (see Frontiers in Psychology, published online on April 27, 2017.).

Elke Enders suspects a dispute behind her complaints. “When I was lying on the operating table in the morning, I explained to the anesthetist that I was allergic to one of the anesthetics.” But the doctor didn't really want to believe her and administered the agent anyway. “I was really upset and even threatened him,” recalls Enders. In the end he got involved in another means. But the dispute went to the heart of the patient in the truest sense of the word.

Doctors suspect that the body releases an extremely high amount of adrenaline and noradrenaline due to the stress. These stress hormones in turn trigger a release of calcium. If the calcium gets into the cells, the heart muscle spasms - according to the theory.

"Affected people may also have additional binding sites for adrenaline and noradrenaline," says Jana Boer from the Federal Association of Resident Cardiologists (BNK). That would mean they are more responsive to the hormones than others. It is also conceivable that those affected are more likely to be disconcerted than others. Martin Borggrefe wants to find out soon together with a stress researcher.

Whatever it is, it is important that patients who have already suffered broken heart syndrome take care of themselves. “The syndrome is much more dangerous than we previously thought,” emphasizes Borggrefe. It is true that people with broken heart syndrome are much less likely to die during the event than heart attack patients. The heart looks completely healthy again after a few days. Long-term observations show, however, that it happens again and again for many of those affected.

“We therefore recommend a combined therapy consisting of beta blockers and psychotherapy,” explains Boer. The drugs block the receptors on the heart. In therapy, patients should also learn to deal better with stress. “Endurance sports are also advisable,” adds Borggrefe. Endurance sports not only strengthen the heart, but also help you deal with stress better.

For Elke Enders, the situation on the operating table was a lesson. "I'm trying not to get so upset today," she sums up. Of course she gets annoyed about something here and there. But if possible, she doesn't let it get as close to her as possible. “Do it,” she likes to say to herself when something doesn't go as it should. She knows that her heart needs special protection.