What are planets / what are moons? 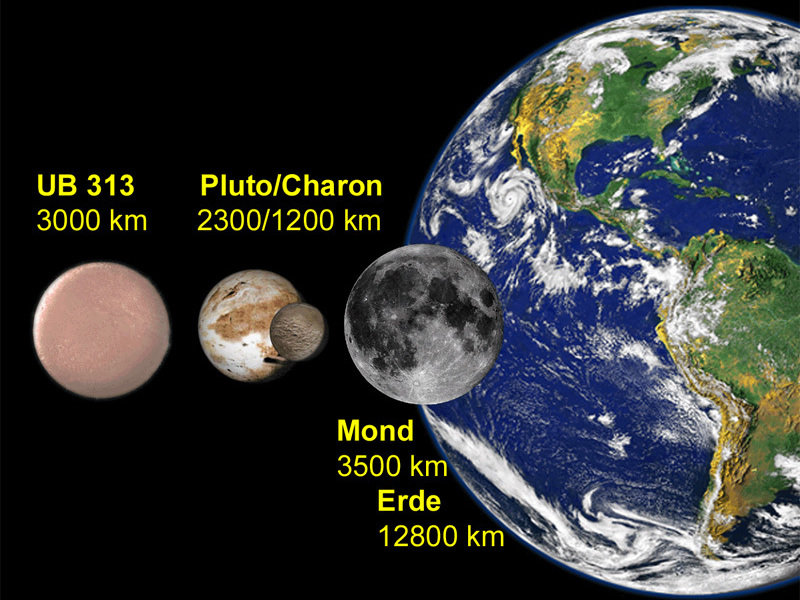 In general, a planet is a celestial body that has certain properties.

1. It is in orbit around a star.
2. It has enough mass to form a round shape due to its gravity.
3. It is the dominant object in its orbit, i.e. there cannot be a multitude of planets in the same orbit.

This is a general definition for planets that was established at the General Assembly of the "International Astronomical Union" in Prague in 2006. According to this definition, Pluto is no longer a planet, but a dwarf planet because it does not dominate its orbit. There are a number of other comparable heavenly bodies in the so-called "Kuiper Belt" (see below).

There are different types of planets:

Dwarf planets are defined similarly to "normal" planets, only that point 3 is not fulfilled. In contrast to planets, moons, also called satellites, do not circle around stars (or suns), but around planets. They are also not as big as planets, but significantly smaller than the planet around which they move (otherwise one would speak of a double planet). For the earth, the comparatively large moon (with a diameter of 3476 km, almost 30% of the earth's diameter) means that it stabilizes the position of its axis in space.

Left:
What is a planet, Definition on "planeten.ch".
Encyclopedia of the Extrasolar Planets, Jean Schneider, Paris Observatory.
What is a moon (Günther Wuchterl, Kuffner observatory).