What can kill me in Australia

Cold, wet and dangerousResearch on the world's most venomous spider in Australia 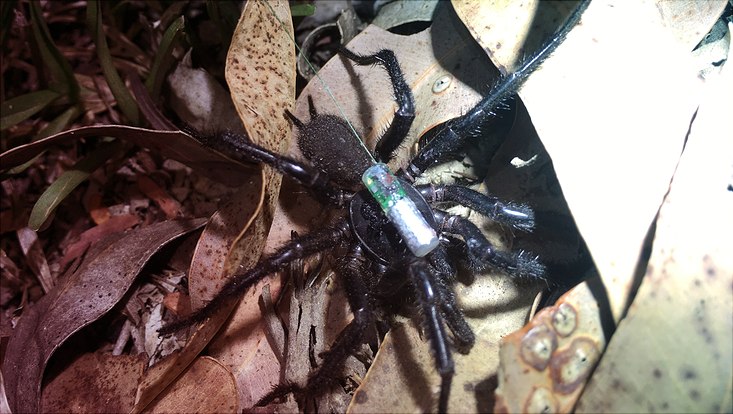 In order to follow the movements of the Sydney funnel-web spider, tiny radio trackers are strapped to the animals' bodies. 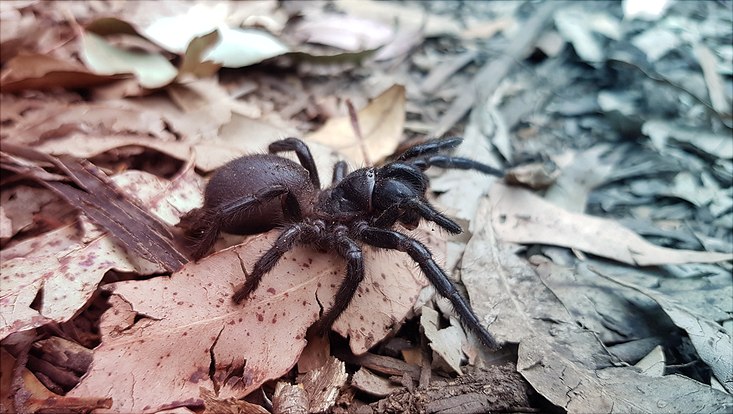 The research focuses on the males, which can grow to around three centimeters. 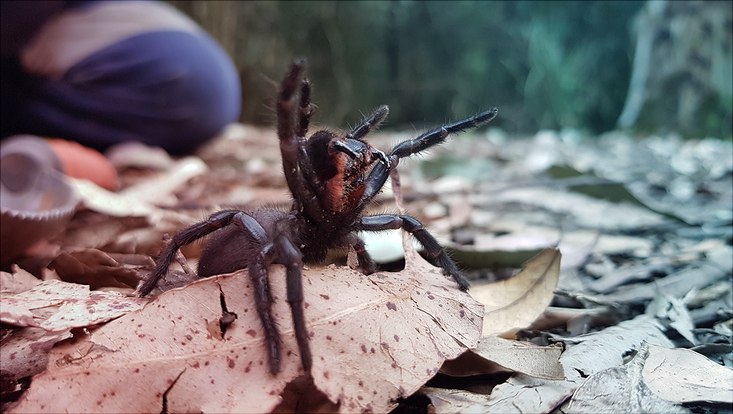 When biting, the spider injects a poison through its pointed jaw claws that can kill a person within an hour. 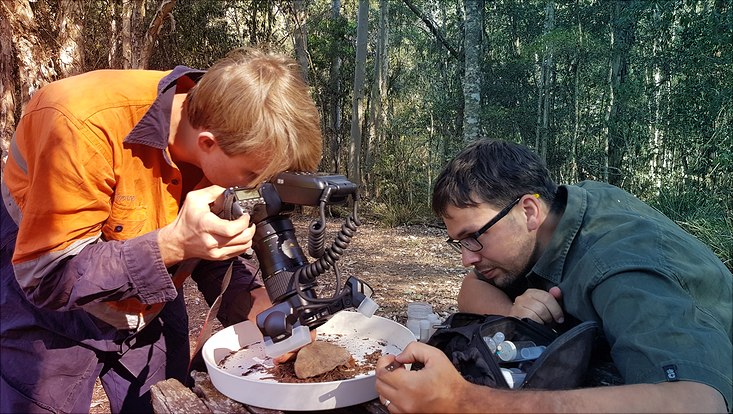 Danilo Harms (right) from the Center for Natural History researched the animals together with two students from the University of Hamburg and international colleagues on site in Sydney.

The most poisonous spider in the world lives in the middle of Sydney, Australia. How it is spread and whether it is really just one type is investigated by Dr. Danilo Harms, biologist at the Center for Natural History (CeNak). Together with two students from the university, he went on an adventurous excursion.

The Sydney funnel-web spider is one of the most dangerous species of spider in the world and has the most potent human poison of all spiders. Their pointed jaws are larger than those of some snakes, and their bite can kill a human in as little as an hour. Atrax robustus lives in the middle of the Australian metropolis Sydney, which inevitably leads to threatening encounters between humans and animals. Every year up to 40 people are bitten and have to be treated in hospital, many of them children.

Danilo Harms, spider expert at CeNak, has started a project to research this funnel-web spider and has just returned from an excursion to Australia, which presented him and the students Ricardo Lou and Svea-Celina Frank with numerous challenges. The Hamburg researchers are working with colleagues from Macquarie University in Sydney, among other things, to study the behavior of the spiders. To do this, tiny radio trackers were strapped onto the body of the roughly three centimeter tall male.

But the investigations turned out to be difficult for various reasons. “The males are quite aggressive and should only act with caution. In addition, they kept losing their trackers, ”says Harms. The funnel-web spider males are significantly larger than the females, more aggressive and, above all, much more venomous. The females can bite hard, but do not produce the strong nerve toxin that is so dangerous for humans. In addition, the nights were cold and rainy, so the spiders could hardly get out of cover. Finally, the corona pandemic spread worldwide and the team had to return to Hamburg early and somewhat hastily.

Maybe there are several types after all?

“Despite all the imponderables, we were able to complete our field research for this year,” assures Harms. One focus of this first research trip was, in addition to the behavior of the spiders, the morphological work with the corresponding individuals from the collections of the Australian Museum in Sydney. “At night we were on the trail of the spiders, during the day we worked in the museum,” says Harms, describing his everyday research. Both the Australian Museum and Macquarie University are partners in this project, which is funded by the National Geographic Society.

Finally, there is still a lot of research to be done: "The poison of Atrax robustus has been well studied, but almost nothing is known about the biology, genetics and distribution of this species," says Danilo Harms. “The taxonomy, that is, the classification, is also shaky. This means that the deadliest spider could actually be a species complex of several outwardly similar species - each with its own poison and individual preference for habitats. "

As far as we know, the funnel spider lives in the radius of the metropolitan area of ​​Sydney, although there are no records of more precise populations. Harms: “By observing the males using tracking methods, we want to find out how and when these animals come into contact with humans. We would like to learn more about how they move, how far individual animals can spread, and how individual populations differ genetically from one another. With the help of various analyzes, we are investigating how many different species there could be in the Sydney region. We also hope to make a contribution to the conservation of this extraordinary species, whose habitat is being destroyed by the urban sprawl in Sydney. "

Until the end of the year, Danilo Harms, Ricardo Lou and Svea-Celina Frank will process the data collected in Australia in Hamburg. Then it should go on an excursion again.