What is your favorite home repair project?

The history of ZAPF GmbH

Milestones of a successful development 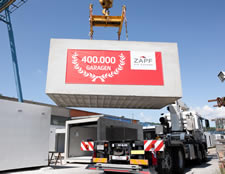 April 2019
Inauguration of the new factory hall in Baar-Ebenhausen.
In addition to the construction of the new hall, existing production facilities were also expanded and modernized. A total of around 5 million euros was invested in the entire project over the ten-month construction period.

June 2018
Laying of the foundation stone for the modernization and expansion of the ZAPF garage factory in Baar-Ebenhausen. This marked the start of the expansion and modernization of the Upper Bavarian location, for which investments of around 4.5 million euros are estimated. The construction work should be completed in spring 2019.

March 2017
Change in management. Katrin Grunert-Jäger, who joined the company as an interim manager in 2013, is leaving the management. Her successor is Jörg Günther, who is responsible for production and logistics. Emmanuel Thomas remains Chairman of the Management Board. 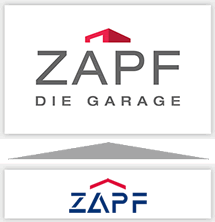 2016
Expansion of the Dülmen garage factory into one of the largest and most modern production facilities for prefabricated concrete garages in Europe.

Opening of the modernized production facility in Dülmen on December 16, 2016.

ZAPF is getting a new face. The company has been publicly represented since mid-2016 with a new logo and new "ZAPF colors".

2015
The ZAPF-Bau division is closed. In the future, ZAPF will concentrate on the core area of ​​garages and garage modernization.

September 2013
On September 21, 2013 the ZAPF plant in Weidenberg celebrates its 50th anniversary. With around 7,000 prefabricated garages produced, 150 prefabricated houses and a large number of prefabricated parts, it is the largest garage factory in Europe at the time.

June 2013
On June 30, 2013, ZAPF GmbH will celebrate “30 years of the Ebenhausen plant”. Only in the previous year did the plant receive a new, ultra-modern mixing plant. In the same year, a new production record was set with 3,404 prefabricated garages.

October 2011
After the successful start of production of the fifth garage plant, the former Estelit plant in Dülmen, ZAPF is significantly expanding its presence in Central Germany and thus its market volume in the field of prefabricated concrete garages. ZAPF is expanding to become Germany's best-selling garage and is now also serving our neighboring European countries.

October 2010
As part of a partial sale of a company, ZAPF GmbH acquires the garage production of Classic Garagen GmbH in Neuchâtel / Breisgau. From the production site in Neuchâtel, the southwest of Germany, France and Switzerland will in future be supplied with garages.

October 2008
Festive conclusion for Germany's largest residential project: the Netzaberg Housing Area is officially inaugurated with a high attendance from politics. The new district of Eschenbach i.d.Opf. includes 832 houses and the complete infrastructure. ZAPF completed the Netzaberg project as a general contractor just in time in just 25 months.

September 2008
Handover of the last houses of the Netzaberg project. This means that ZAPF has completed the project three months earlier than contractually agreed. 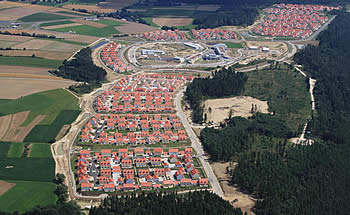 August 2006
Start of construction work on Germany's largest residential project. ZAPF is realizing the Netzaberg Housing Area, which comprises a total of 832 houses including the outdoor facilities and the complete infrastructure of a new district. The investor in the largest order in ZAPF's history, valued at 200 million euros, is the Danish company Nordica, and the tenant is the Federal Agency for Real Estate Tasks. The houses will be used by US Army soldiers and their families stationed at the Grafenwoehr Training Area.

April 2006
A change is taking place in the shareholder structure. Deutsche Beteiligungs AG from Frankfurt and Delmora Bank GmbH have handed over 100 percent of their shares in ZAPF to international investors. In future, the French property development group Les Nouveaux Constructeurs SA (LNC) Paris will hold 50 percent of the shares. Other shareholders are the financial investors Goldman Sachs, Deutsche Bank AG London and Lone Star.

2005
ZAPF-Young is invited to Thessaloniki to present the company's innovative training concept at the EU congress "agora Thessaloniki".

2002
IF Design Award for the rainwater tank in the prefabricated garage.

2001
Opening of the competence center in Weideberg-Weidig: Design row homes - innovative and future-oriented.

The exterior design area in Ebenhausen supplies the paving for the new Munich Airport Center.
The exterior design division is leaving the Stein & Design Group and cooperating with the EHL group of companies from Kruft. The result is EHL & ZAPF GmbH + Co. KG, based in Bayreuth. The "paving production" part of the Ebenhausen plant is taken over by EHL-Baustoffwerke.

Deutsche Beteiligungs AG from Frankfurt, together with the management and Schmidt Bank KGaA, takes over all of the shares in ZAPF GmbH from Werner Zapf.

1997
Laying of the foundation stone: ZAPF builds the first "Assisted Living" facility on Peter-Rosegger-Strasse in Bayreuth. An innovative concept together with the Red Cross.

1994
The highlight of the year of birth: Prefabricated garage architecture award 1994.
Mr. Werner Zapf receives the Federal Cross of Merit, 1st class, primarily because of his cross-company and non-profit engagement in business associations.

1988
Werner Zapf senior dies in January.
The first umbrella strategy - a marketing concept for Werner Zapf KG - is developed together with managers. At the time, it was an innovative approach for a company in the construction industry.

1983
The Baar-Ebenhausen branch is built. Paving stones and prefabricated garages are manufactured here.

1982
ZAPF founds a sales office in Ebenhausen in order to be more present on the southern Bavarian market.
The company changes its name to "Werner Zapf KG"

1979
The employee participation model is introduced. The company thus took on a pioneering role.

April 1973
The newly developed ZAPF terraced house - type 630 - is presented to the public - a system of 17 units in Donndorf near Bayreuth.
In the same year, 68 ZAPF terraced houses with flat roofs were built in Nuremberg-Langwasser

1969
Prestressed concrete trusses are manufactured in the Weidenberg plant, the foundation of the industrial construction division. 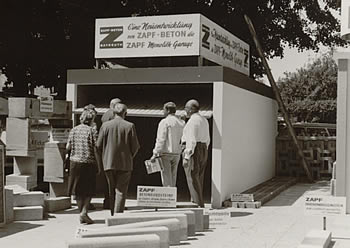 1968
Werner Zapf Jr. develops the first one-piece garage and applies for a patent for the process. The new development is presented in the same year at the Upper Franconia exhibition in Bayreuth.

1966
Werner Zapf Jr. takes over the management of the company. The logo is "ZAPF-Beton". ZAPF is now a construction company with precast production in Bayreuth and operates a gravel plant with a concrete mixing plant as well as a plant for the production of pipes and prefabricated parts in Weidenberg.

1963
Groundbreaking ceremony for the precast plant in Weidenberg.
Factory halls, crane runways, silo and mixing systems, storage areas and much more will follow by the end of the 1990s.

1961
The first pre-fabricated garage is being manufactured in the Bayreuth plant on Nürnberger Straße and presented at the Upper Franconia Exhibition. The change from a construction company to a precast concrete plant is taking place.

1956
... the young civil engineer Werner Zapf jr. as an employee in the company.

1945 - 1960
The construction work hardly leaves Werner Zapf senior. some air, he goes back to his favorite project: the concrete plant.
The company on Nürnberger Strasse is growing, with office buildings and a production hall being added. In the time - 1951 - the son, Werner Zapf jr. in the company to learn the profession of bricklayer. During his apprenticeship, he started studying and left the company for three years.

1937/38
In addition to the two pillars "concrete plant" and "building construction company", a third area, the "civil engineering department", is founded. Railway and bridge construction will soon be one of the tasks of the new department.
The company founder, Adam Zapf dies.

1934
In its 30th year, the company has around 100 employees.
Construction of the Rotmainhalle in Bayreuth.

1930
The first "larger" hall is built on Kreuzstein, today's site on Nürnberger Straße. 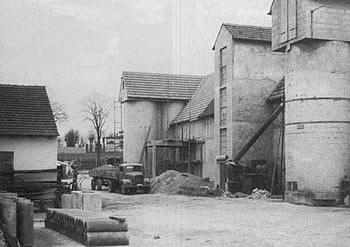 1928
Werner Zapf sen. takes over his father's company.
Submission of the first specification of services to the city of Bayreuth. ZAPF receives the order to build the two Stadtbad gyms.